NFL
Tommy D. is going to break down this awesome game and give us his predictions and odds for today. 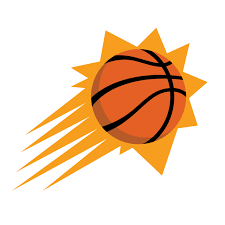 Suns are 8-2 ATS in their last 10 games vs. a team with a losing straight up record.

Spurs are 5-1 ATS in their last 6 Monday games.

Spurs are 1-4 ATS in their last 5 games vs. a team with a winning straight up record.

Suns vs. Spurs Prediction and Pick

This Is The Monday, January 17th NBA Report Where We Will Be Releasing Our Suns vs. Spurs picks and parlays.

This Game Tips Off tonight at 8:30 P.M. Eastern Time in San Antonio, and the Suns vs. Spurs from WynnBet have the Suns as 3.5 point road favorite and the over/under at 226.

Before we get to our Suns vs. Spurs picks and predictions, please go ahead and subscribe to Our Channel – Online Sports Bet. Hit The Bell Button – You Will Be Notified every time I Come Up With A New Sports Update.

Ok, let’s get to our Suns vs. Spurs expert picks.

The Suns and the Spurs are on the opposite sides of the West. The Suns still are at the top of the West at 33-9 and have won three in a row. The Spurs are 12th in the West and have lost eight of their last ten. The Spurs just have not had a good season and are struggling. I am going to take the Suns here. They are hot and they are the better team. I think this line of 3.5 should go up as we get closer to the game so jump on it now. The Suns are just the better team by a good amount. San Antonio is 18th in offensive efficiency and the Suns are sixth. They have the clear edge here. The bigger edge is on the defensive end though. San Antonio is once again 18th when it comes to defensive efficiency but the Suns are second only behind the Warriors. The Suns just have too much firepower for the Spurs here. With Chris Paul, Devin Booker, and DeAndre Ayton the Suns will dominate this game. The Spurs do not have anyone to match them. The Suns have won four games in a row against the Spurs including a game in which they won by 37 points.

So for our Suns vs. Spurs expert pick take the Suns and the spread.