North Carolina-Kansas: Rookie Coach Could Win It All | OSB 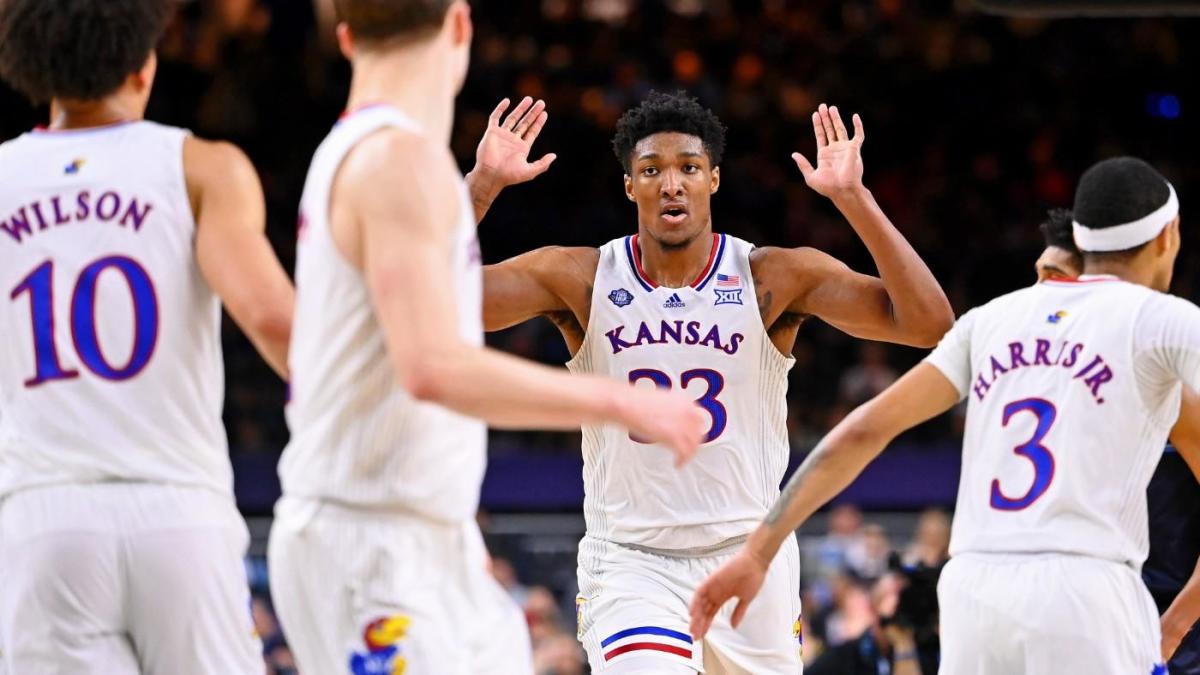 Is there any doubt that Hubert Davis paid his dues in the coaching ranks? The former North Carolina Tar Heels star and NBA player spent nine seasons with Roy Williams as an assistant in Chapel Hill. And now that he’s got a team of his own, with a chance to finish the job on what would be a special season for a rookie coach.

Online Sports bet customers have a chance to see Davis guide his team through to the championship as they play the Kansas Jayhawks in the 9:20 PM ET start at the Superdome in New Orleans.

There is certainly a difference between being a “sidekick” and being the main guy. And Davis has had to make some decisions about players as they fit into his rotation. Or didn’t, as it were. One of those players was Dawson Garcia, a 6-11 center who certainly had the ability to produce offensively, but was not necessarily quick enough to keep up when Davis wanted his team to step up the pace.

So his contributions were scaled back and he later left the team for “personal reasons.” Maybe it’s a coincidence that Garcia’s last two games were defeats by 20-plus points to Wake Forest and Miami. And since then North Carolina turned things around for the most part.

They have now won eleven of their last 12 games. And they exhibit the kind of balance that is not often seen. We say that even while acknowledging that the depth isn’t really there; Puff Johnson is the only reserve that is likely to see any appreciable time.

Taking a look at the numbers as they pertain to this NCAA Championship game, as they are posted at Online Sports bet  Kansas is the favorite:

Interestingly enough, the Tar Heels have suffered eight losses by nine points or more, but they are a much different team now, which is a sign that Davis has really caught on. This is a team where there could be a different hero on any given night; Brady Manek started out this tournament with outbursts of 28 and 26 points, his two best efforts of the year. Then they got 30 points from RJ Davis against Baylor, the same from Caleb Love against UCLA, and great rebounding performances from the machine-like Armando Bacot in every game. Against St. Peter’s in the Elite Eight, he had 20 points and 22 rebounds.

Rebounding has unquestionably been a staple for Davis’ squad. They are, in fact, ranked second in the nation in defensive rebounding percentage, so they make it extremely difficult for opponents to get second-chance points.

Because one of their main concerns is dealing with Kansas’ big man, David McCormack, a concern within that is trying to stay out of foul trouble. Bacot is the focal point there, and he fouled out in the national semifinal against Duke.

What might also be an area of danger for North Carolina involves the possibility of fatigue. We say that because they had Love and Leaky Black on the floor for 40 minutes, with Manek out there for 39. As we mentioned, the bench doesn’t get too much action from Davis, and there’s always exists the prospect of a team coming out flat after laying it all on the line in the previous game. Perhaps this is what happened to Gonzaga last season, and Baylor blitzed them right from the start.

Unlike many of the stars coming into college basketball these days, Davis may be a “first-year man,” but he won’t be a “one-and-done” guy at the helm. This is a heck of a way to usher in a head coaching career, and don’t be surprised if his Tar Heels get the straight-up win.