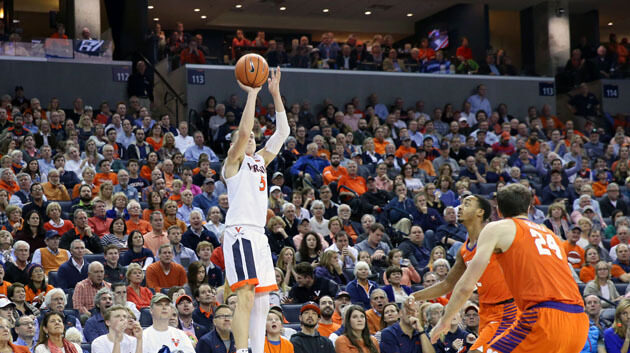 The top five college basketball teams in both major national polls remained the same heading into this week’s action with two teams trading positions on the list. Moving down the AP Top 25 rankings, the Big 12’s Kansas State Wildcats made their debut on the list at No. 18, while the ACC’s Virginia Tech Hokies took the biggest drop going from No. 11 to No. 22.

The SEC’s Tennessee Volunteers remain at the top of each list at 22-1 straight-up in the midst of an extended 18-game winning streak. They will be put to the test this Saturday with a road game against the No. 5 Kentucky Wildcats. Tennessee is a perfect 10-0 straight-up in conference play with a 7-3 record against the spread on BetAnySports’ closing line. Kentucky has won its last 10 games SU while going a perfect 8-0 ATS in its last eight outings.

The ACC’s Duke Blue Devils held on to the No. 2 spot in the polls with Saturday’s 81-71 upset against Virginia as slight two-point road underdogs. The Cavaliers slipped from No. 3 to fourth on the list, but they proved they still belong among college basketball’s elite with Monday’s 69-61 road win against No. 8 North Carolina as slight one-point underdogs. Virginia moves to 21-2 SU (17-6 ATS) with both losses coming against the Blue Devils. Duke will be back in action on Tuesday night as an eight-point road favorite against No. 16 Louisville.

The Gonzaga Bulldogs moved into the No. 3 spot in each poll at 23-2 SU. They have cruised through the first 10 games of their West Coast Conference schedule by posting a double-digit victory in all 10 contests. The Bulldogs are 7-3 ATS during this same span. Gonzaga returns to the court on Thursday night in a road game against Loyola Marymount.

The top team in Big Ten is the No. 6 Michigan Wolverines at 22-2 SU. They moved to 5-1 SU with a 4-2 record ATS at BetAnySports in their last six games with Saturday’s 61-52 victory against Wisconsin as seven-point home favorites. Michigan will face Penn State on Tuesday as a seven-point favorite on the road.

The Kansas Jayhawks are the top team in the Big 12 at No. 14. They knocked off TCU 82-77 on Monday night as 2.5-point road underdogs. They have now won three of their last four games both SU and ATS. Next up is Saturday’s home game against West Virginia.