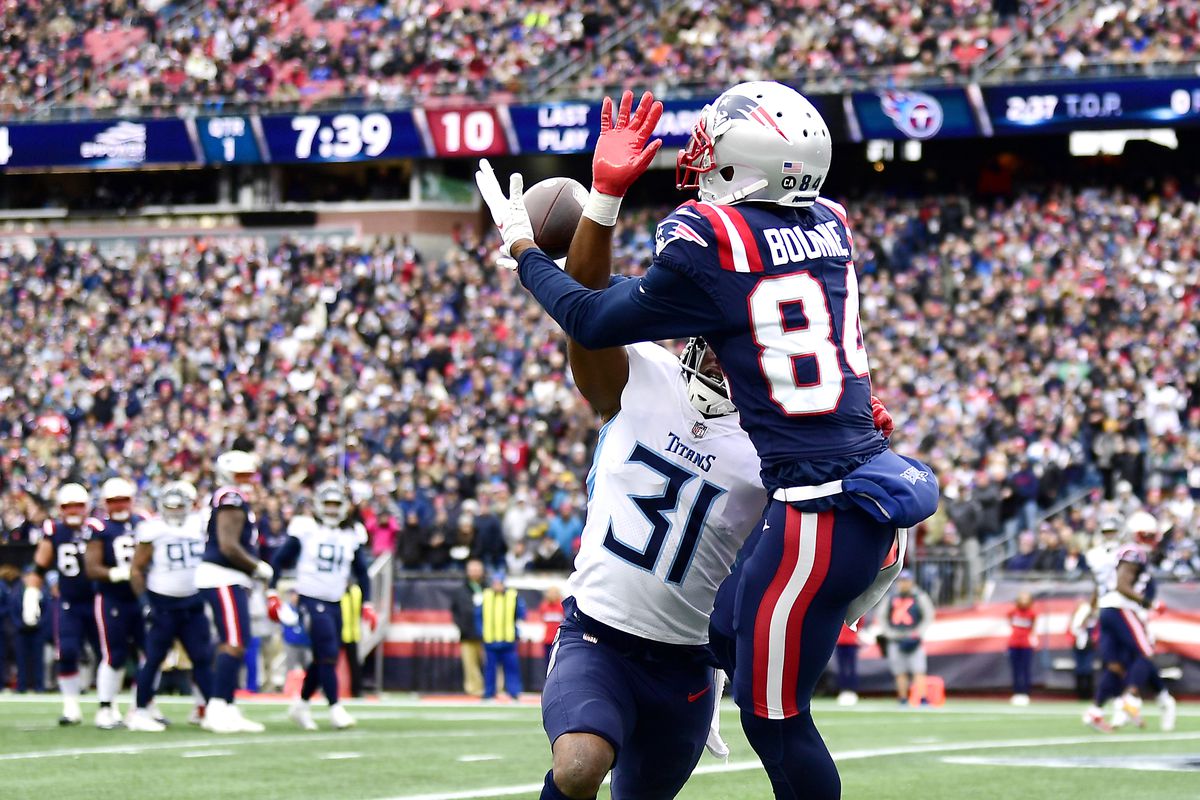 The Tennessee Titans come off a very disappointing loss to the lowly Houston Texans. And BetAnySports customers have seen the rise of the New England Patriots, who were almost being laughed at when Tom Brady who took the Tampa Bay Buccaneers to a Super Bowl victory. But the Pats are on the verge of a playoff spot, as they are tied for the lead in the AFC East.

The Patriots will play host to the Titans in NFL betting action on Sunday at 1 p.m. Eastern time at Gillette Stadium.

Tennessee, unbelievably, had a  414- 190 yardage edge over Houston, but mistakes did them in. Ryan Tannehill was intercepted four times, and the Titans did not have the kind of ground game that allowed them to be less predictable.

After Derrick Henry’s injury, this team was looking for options. They signed Adrian Peterson, the multiple All-Pro, but after a few games, he has been released.

The team was already without Julio Jones, but wide receiver AJ Brown is now out with a chest injury, and he will miss a minimum of three games.

So the Titans will be in search of alternative weapons.

The Patriots get the job done in the most basic of ways — running the football, playing defense, and getting steady game management out of their rookie quarterback. Mac Jones has completed 70% of his passes in his first year in the NFL, as the Bill Belichick – Nick Saban connection works again. Christian Barmore, New England’s second round draft pick, is also from Alabama, and he’s been a solid contributor on the defensive line.

In the NFL betting odds posted on this game by the people at BetAnySports, New England is favored by a full touchdown.

Right now New England has allowed fewer points per game than any other team in the National Football League. They have been through a run where they’ve allowed just 13 points in the last three games, in fact. One of the things that makes them so effective is that they don’t have to get crazy with blitzes in order how to put together a pass rush. That having been said, Matt Judon, who was acquired as a free agent in the offseason, has 10.5 sacks and has been credited with 50 “pressures” on opposing quarterbacks.

Tannehill has been pressured an awful lot, and he doesn’t have the same kind of magic he’s had for the past couple of seasons, with a dozen touchdown passes but 11 interceptions.

Tennessee has to stop the run or they won’t have a chance at all. If you gave Belichick a choice, he’d run the ball all the time, and in addition to Damien Harris, who has 603 yds., rookie Rhamondre Stevenson has also stepped up to the plate. Stevenson had a rocky beginning, as he had problems holding onto the football, and indeed wound up in his coach’s doghouse, but his early performances in the preseason were a great indicator that the Patriots had a genuine talent on their hands. And that is what he’s shown of late.

Stripped-down of its weapons, Tennessee will likely be a rather limited offense. New England should take advantage of that. This is not the biggest recommendation in the world, but laying the points with the Patriots in their current form is probably not the worst thing you can do.

If you’re not signed up with BetAnySports, you’re simply not getting the most bang for your buck……You can get reduced juice, which saves you money on each and every bet, which makes it easier to get to your break-even point…… And after the games kick off, you can stay right in the action with Super Lines, Ultimate Lines and Premier Lines……. They make it easy to get involved – just use your credit card, or the digital currency of Bitcoin, which is fast and easy with their automated system, and NEVER incurs a transaction fee!