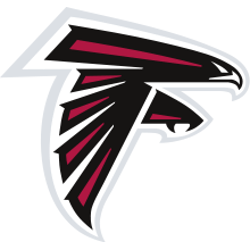 Browns are 2-6 ATS in their last 8 games as a favorite.

Browns are 1-7 ATS in their last 8 games as a road favorite.

Falcons are 5-2 ATS in their last 7 games on grass.

Tommy D Back With Online Sports Bet America’s Favorite Sports Information Channel. We’ve got a Sunday night matchup for you this time and we’re here to give you our pick for the game. Today, I’m coming right back with my Browns vs. Falcons Prediction. As always, I’m here to get you the best NFL betting picks there are including the Cleveland Browns vs. Atlanta Falcons Betting Odds. The Browns have had a great start to their season thus far, going 2-0 through two of three games. The great news for them is that QB Baker Mayfield will be making his 2021 debut on Sunday night. This will likely be for only a few drives but it’ll give the Browns a good boost to start the game. On the Falcons side, we’ll likely get a look at QB Josh Rosen who was just picked up by Atlanta. Rosen will come in to be the backup for Matt Ryan and will receive a lot of playing time on Sunday. Cleveland comes in as the favorite here so let’s go over the details of the game.

The Cleveland Browns have done well so far in the preseason and would like to close it out with a win. They’ll get some early help with Baker Mayfield making his 2021 debut. In his absence Case Keenum has been a formidable starter. With him coming off the sideline on Sunday, the Browns second team should do rather well. They’ve got some great backups, especially compared to the Atlanta Falcons.

The only concern is the points spread as the Cleveland Browns will need to win by a touchdown to cover. They were able to beat the Jaguars by ten points in their first preseason game which is a good sign. Expect the Browns to get a fast start with Mayfield at the helm and work the ball downfield early.

The Atlanta Falcons have had the opposite experience thus far in the preseason, at 0-2 so far. The Falcons are looking for something positive to come from this final preseason game. One positive they’ll see is the upgrade at the backup QB position in Josh Rosen. Rosen was a starter for a short time but should make a capable backup.

The Falcons allowed 23 points in their first preseason game and 37 points in the second. The defense crumbled through both of the games, but the offense is to blame as well. They’ll be spotted 6 points on Sunday night, the question is, will it be enough. Six points weren’t enough in either of their first games and we doubt it will be here.

We’re going to go with the Cleveland Browns here, due to their better offense and more depth. Look for the Browns to get a fast start here and cover the six-point spread.