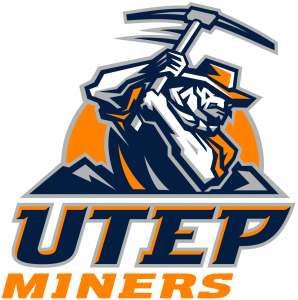 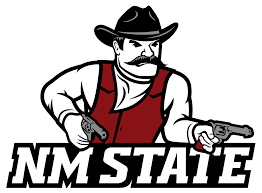 The UTEP Miners are set to go against the New Mexico State Aggies for the first game of their season. The Miners finished their 2020 season with a 3-4 record and will hope to get 2021 started with a win. Unfortunately, six of their games in 2020 were canceled so we only have a small sample to go off of. UTEP or Texas-El Paso had pretty similar statistics to New Mexico State in 2020 so this should be a good matchup.

New Mexico State comes in as +10-point underdogs per BetOnline in Saturday’s game. With their 2020 season being canceled due to Covid-19 restrictions, New Mexico State is happy to get back to football. Their first matchup pits them against UTEP, a strong team for them to face to start the season. With the UTEP Miners coming in as the favorites, let’s get to our UTEP vs New Mexico State predictions.

Likely an unfortunate moment for the UTEP Miners is when they read their name on the ESPN “Bottom 10” list. However, it should make for a great opportunity to prove them wrong, especially with a win on Saturday. The team wasn’t the absolute worse in 2020, but there are areas for improvement. The area needing the most improvement is on defense, in 2020 the Miners surrendered 31 points per game.

This game against New Mexico State is a good chance to get a look at their defense. The Aggies are a team that averaged nearly 27 points per game and nearly 200 yards rushing per game. If UTEP wants to make a step forward and get their name off the list, they can get a good start with a win over New Mexico State.

The Aggies Are Ready To Get Back To Football

Considering they only played in the spring of 2020, we imagine the Aggies are ready to return to the field. Who wouldn’t be, especially after your season gets canceled by an unexpected pandemic. Their first game won’t be a walk in the park for them and they come in as 10-point underdogs per BetOnline.

The good news for the Aggies is they’ll be playing at home where they can get a slight advantage. The last time these two faced each other was in 2019 and the Aggies won the game 44-35. The Aggies came in as seven-point favorites in that match but easily covered the spread and were in control the whole time.

Our Pick For UTEP Vs New Mexico State

These are two evenly matched teams going against each other so we have to be careful about this pick. The Miners have some positives on offense but the defense gave up a lot of points in 2020. New Mexico State is a good option because they have a history against UTEP and have gone 3-0 in their last three meetings. Although the New Mexico State Aggies didn’t play through their 2020 season, we still expect them to take this one, especially with the points. Considering the weak spots on the defense for UTEP, 10 points is a little too much for them to cover. OSB Official Pick: New Mexico State Aggies +10 (at BetOnline) To get daily game analysis visit our blog, sign up for our free picks and follow us on instagram and youtube. Current odds brought to you by BetOnline