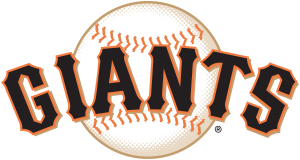 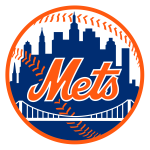 Giants are 6-1 in their last 7 vs. National League East.

Giants are 21-8 in their last 29 road games vs. a right-handed starter.

Mets are 2-5 in their last 7 home games vs. a right-handed starter.

Mets are 1-7 in their last 8 games vs. a right-handed starter

Tommy D Back With Online Sports Bet America’s Favorite Sports Information Channel This is the update for the game played on Wednesday, August 25th between the San Francisco Giants and the New York Mets. Today, I’m coming right back to give you my Mets vs. Giants prediction for the second game in a three-game series. The San Francisco Giants are facing off against a Mets team who has struggled to get over the .500 mark, The Giants on the other hand are hoping to keep control of the NL West, but the Dodgers are right on their heels. In their last series against the Mets just days ago, the Giants won the series 2-1. The thing is, we know the Mets are capable of winning a single game. The Giants come in as surprising +100 underdogs here so let’s take a look at the details of the game. The First Pitch will be thrown out at 7:10 PM ET on Wednesday, August 25th, 2021. This game takes place at Citi Field in Queens, New York.  You can watch his game on the SNY Network or MLB TV. The Mets vs. Giants odds are, New York Mets -125 with the over/under at 8.5 Before I get to my Mets vs. Giants predictions take a minute and visit our site OnlineSportsBet.com register you will receive Free daily VIP access all the picks will be sent via email/text at No charge or click the link below in the description. Now, let’s get to our Giants vs Mets MLB pick.

The Giants come into this game continuing what is going to be a long road stretch. This stretch of away games started last week when they faced the Athletics. The Giants took that series 2-1 and head to New York to face the Mets. The last time they faced the Mets, two out of three games went in favor of the Giants. Clearly, a much better team when looking at their record and statistics but they’re still the underdog here.

It’s strange to think that a team with 80 wins could be the underdog when facing a team with barely over 60. However, this could be due to the starting pitcher for the Giants. San Francisco will put Johnny Cueto on the mound. Cueto has a 7-6 record as a starter with a 3.98 ERA. It’s still strange though that oddsmakers are giving the Mets -125 here.

The New York Mets come into this game looking to have a better outing than the last series. Recently, things haven’t been going great in New York as they’ve lost three straight series. Two of these series was against the Los Angeles Dodgers, the team right behind the Giants. If the Mets want to get back on the right track, they’ll need a couple of wins in this series.

Taking the mound for the Mets on Wednesday is Taijuan Walker, the 7-8 as a starter RHP. All three of Walker’s last games have been losses, which doesn’t bode well for the Mets. Hopefully, he’ll have a better outing on the mound this time or the Giants batters are going to have a field day.