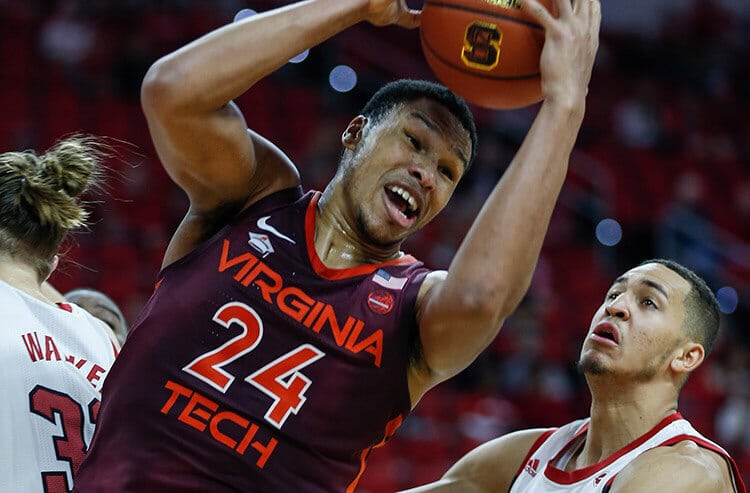 ESPN’s Big Monday of college basketball betting starts things off at 7 p.m. with an ACC clash between the No. 15 Louisville Cardinals and the No. 12 Virginia Tech Hokies in Blacksburg, VA.

Saturday’s 79-69 loss to North Carolina as a slight 1.5-point home underdog snapped Louisville’s straight-up six-game winning streak. The total stayed UNDER 158 points in that game and it has stayed UNDER BetAnySports’ closing line in five of its last seven games. The Cardinals have posted a 6-3 record against the spread in conference play and they are 5-1 ATS on the road this season.

The Cardinals’ roster is three-deep with players averaging more than 10 points a game led by forward Jordan Nwora’s 17.9-point scoring average. He also leads the team in rebounds with 7.7 a game. Louisville has been able to average 79.1 points per game while shooting 45.6 percent from the field and 35.6 percent from three-point range. It is allowing 68.1 PPG on defense.

The Hokies are 7-2 SU in ACC play as part of an overall record of 18-3. They have won their last three games both SU and ATS with Saturday’s 47-24 road victory against North Carolina State in one of the lowest scoring games in recent memory between nationally ranked teams. The total had gone OVER in four of Virginia Tech’s previous five games behind a scoring average of 77.6 PPG to basically match its season average (77.3 PPG).

This roster has four different players averaging at least 13 points a game led by guard Nickeil Alexander-Walker (17.5 PPG). Kerry Blackshear leads the team in rebounds (6.8) and Justin Robinson is dishing out 5.4 assists a game as a key part of that foursome. With a points-allowed average of 60.2, the Hokies are ranked sixth in the nation at that end of the court.

Louisville will be looking to get back to its winning ways coming off Saturday’s loss. However Blacksburg is a tough place to try and start a new streak with Virginia Tech going a perfect 11-0 SU (7-4 ATS) at home this year. Take the Hokies both SU and ATS.