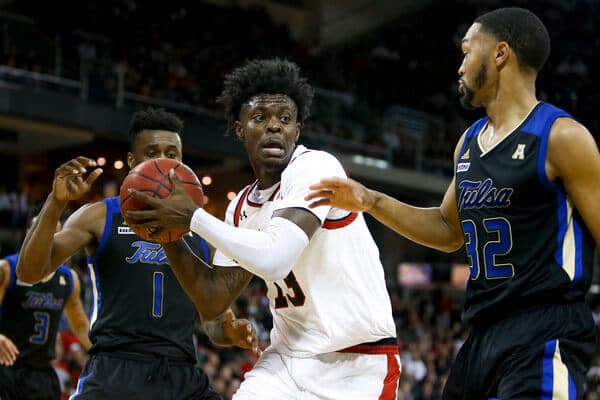 One of Thursday’s featured college basketball matchups on ESPN2 is an AAC clash between the Cincinnati Bearcats and the Tulsa Golden Hurricane. Game time in Tulsa is set for 7 p.m.

The Bearcats kicked off play in the AAC last Wednesday with a 93-61 romp over Tulane as heavy 22-point home favorites, but they came up just short in Saturday’s 73-71 road loss to East Carolina as 17.5-point favorites on BetAnySports’ closing line. They are now 12-3 straight-up overall with an 8-7 record against the spread. Cincinnati is 0-3 ATS on the road this season and the total has gone OVER in three of its last four games.

Four of Cincinnati’s five starters ended Saturday’s game in double figures led by junior guard Jarron Cumberland’s 18 points. He is averaging a team-high 16.7 points a game on the year and he has now eclipsed that scoring average in four of his last five games. The Bearcats are averaging 75.1 points per game and they are playing some solid defense at the other end of the court with a 59.2 points-allowed average.

Bouncing back from a 74-56 road loss to Houston as an 11-point underdog, Tulsa was able to get past South Florida 78-75 on Saturday at home as a 5.5-point favorite. This was its sixth SU win in its last seven games with a 4-3 record ATS. The total has stayed UNDER in seven of its last nine contests. The Golden Hurricane are just 3-6 ATS in nine previous home games this season.

Tulsa demonstrated some solid scoring depth in Saturday’s win against the Bulls with four of five starters scoring at least 11 points in the winning effort. Senior guard DaQuan Jeffries connected on 7-of-12 shots from the field for a game-high 20 points. Curran Scott connected on a three-point shot at the buzzer secure the win. The Golden Hurricane are averaging 71.7 PPG behind Jerries’ team-high 13.8-point scoring average and they are allowing an average of 67.9 points on defense.

This should remain a close ball game between two evenly matched teams, but coming off a bad loss its last time out, I have Cincinnati winning this game SU and ATS with the Bearcats’ defense being the difference on Thursday night.