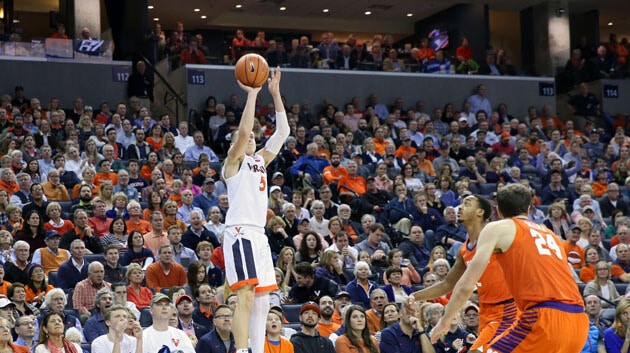 Following the Kentucky Wildcats’ convincing 86-69 romp over Tennessee on Saturday as 3.5-point home favorites, there was a slight shakeup in both the AP’s Top 25 and the Coaches Poll. The top five teams on the list remain the same with the ACC’s Duke Blue Devils back on top as the No. 1 team in the nation.

The SEC’s Volunteers slipped down to No. 5 with their second loss of the season and their conference foes only moved up one spot to No. 4 coupled with the Wildcats’ stunning 73-71 loss to LSU last Tuesday as 8.5-point home favorites on BetAnySports’ closing line. Tennessee returns to action on Tuesday night as a heavy 18.5-point home favorite. Kentucky will be on the road as an 11-point favorite this Tuesday against Missouri.

The West Coast Conference’s Gonzaga Bulldogs are now No. 2 in both polls with a straight-up record of 25-2. They have won each of their first 12 conference games by double figures, but they have failed to cover in their last two outings as part of a 7-5 record against the spread in the WCC. The Bulldogs play host to Pepperdine on Thursday night in the first meeting this season.

The ACC’s Virginia Cavaliers are No. 3 on the list at 23-2 SU (18-7 ATS) after getting past Virginia Tech 64-58 on Monday night as a 5.5-point road favorite on BetAnySports’ closing line. Even with the half-point cover, they are still just 2-4 ATS in their last six games. Virginia will be on the road this Saturday against Louisville.

The biggest game this week is Wednesday night’s ACC showdown in Durham between No. 1 Duke and the No. 8 North Carolina Tar Heels. This will be the first of two meetings between the bitter in-state rivals with the second game set for March 9 in Chapel Hill.

The Blue Devils (23-2 SU, 15-10 ATS) come into Wednesday’s 9 p.m. tip on ESPN with a SU nine-game winning streak after beating North Carolina State 94-78 on Saturday as 17-point home favorites. They have failed to cover in their last two games. North Carolina improved to 20-5 SU with a 15-8-2 record ATS following Saturday’s 95-57 romp over Wake Forest as a 16.5-point road favorite on BetAnySports’ closing line. The Tar Heels are 8-1 SU in their last nine games with a 6-3 record ATS.