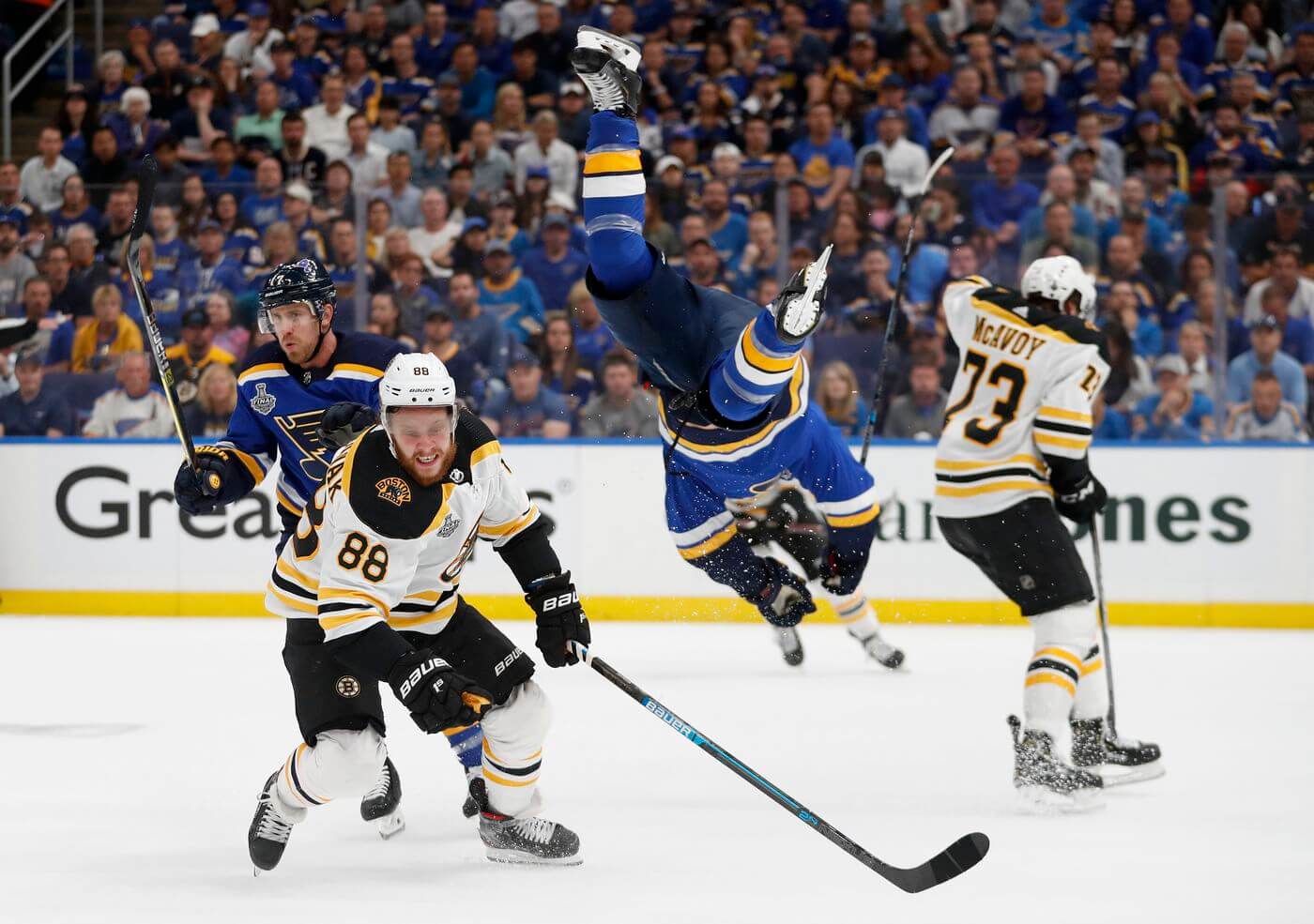 The seventh and deciding game of this year’s Stanley Cup Finals between the St. Louis Blues and the Boston Bruins takes place this Wednesday night in Boston. Tip off on NBC is set for 8 p.m.

The Blues put themselves in excellent position to win their first NHL title in franchise history with a 3-2 series lead, but the team was a no-show in Sunday’s 5-1 loss as -115 home favorites. This followed a stirring 2-1 victory in Game 5 on the road in Boston as +140 underdogs. St. Louis is 9-3 on the road in 12 previous postseason games. The total has gone OVER or ended as a PUSH in seven of those 12 goals.

St. Louis has held the high-powered Bruins to just five goals in its three victories in this series. It has also allowed a total of 16 goals in the three games it lost. If the Blues can play defensive hockey for all three periods and goalie Jordan Binnington can make the saves he is supposed to, St. Louis has the ability to keep the scoring low and the game close. If Boston jumps out to an early lead, St. Louis has already proven that it does not have the firepower to bounce back.

Boston suddenly has the momentum in a series it almost let slip away. The Bruins have actually played their best hockey on the road against St. Louis and they are just 7-5 overall in 12 previous home games this postseason. The total stayed UNDER in two of the first three home games against the Blues and it has stayed UNDER in seven of those 12 previous playoff games at TD Garden.

The key to winning the Stanley Cup is scoring early and often. Once Boston gets the tide moving its way, it will become almost impossible for St. Louis to close a lead of two or more goals. Bruins’ goalie Tuukka Rask is in line to win the most outstanding player in this series with one last strong effort between the pipes. He has posted an impressive 2.04 goals-against average while going the distance in Boston’s 23 postseason contests.

Sometimes you have to go with instinct instead of logic when betting on sports. I think Binnington does step up in a big way to help the Blues finally win that first Stanley Cup title.