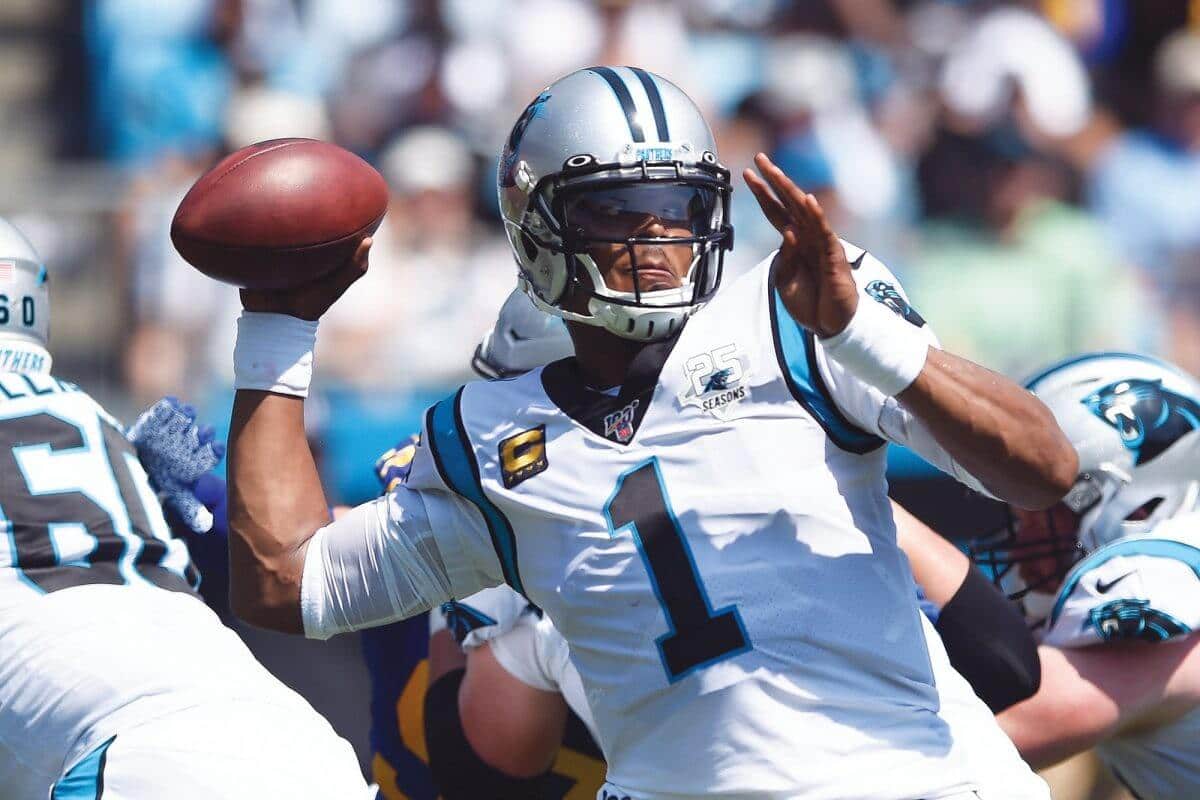 The second week of the NFL season gets underway on Thursday night with an NFC South battle between two teams hoping to avoid an 0-2 start. The Tampa Bay Buccaneers will take on the Carolina Panthers with BetAnySports listing the Panthers as 6.5-point favorites at home with an over/under of 60 points.

The Buccaneers were two-touchdown losers at home to the 49ers in Week 1 with the Tampa Bay offense being the biggest culprit. Well, quarterback Jameis Winston was actually the real problem. The Buccaneers actually ran the ball effectively, which was one of their biggest problems last season.

However, Winston threw three interceptions while completing just 20 of his 36 passes. The Bucs were only down six points late in the game with a chance to win when Winston threw a pick-six to seal the game for San Francisco.

For what it’s worth, the Tampa Bay defense didn’t play all that bad. The caveat, of course, is they faced a San Francisco offense with an underwhelming set of playmakers. The Bucs also managed just one sack in the game while their offensive line allowed Winston to go down three times. But the Tampa Bay defense did manage to keep the team in the game despite losing the turnover battle.

Carolina, meanwhile, has plenty of positives to take away from a three-point loss to the defending NFC champion Rams. Carolina’s problem is that it fell behind 13-0 before finally getting on the scoreboard with a field goal right before halftime. Things picked up for the Panthers in the second half, as both Cam Newton and Christian McCaffrey got it going. McCaffrey ended up with over 200 total yards between his 19 carries and 10 catches.

DJ Moore also had a productive day despite losing a fumble. Newton also fumbled and threw an interception. Perhaps the most unusual stat is that Newton was sacked three times and only ran the ball three times, which could be a sign that he’s still dealing with the foot injury he suffered during the preseason. The Carolina defense, obviously, didn’t have a good game, but that’s not unusual when facing the Rams.

It’s tough to draw too many conclusions about either team from just one game. But the Panthers at least showed a few positive signs in Week 1, even if they didn’t show up until the second half. It’s hard not to be concerned about the Bucs going on the road and avoiding turnovers, which is why it’s safe to eat the points and bet on the Panthers to cover the 6.5-point spread.