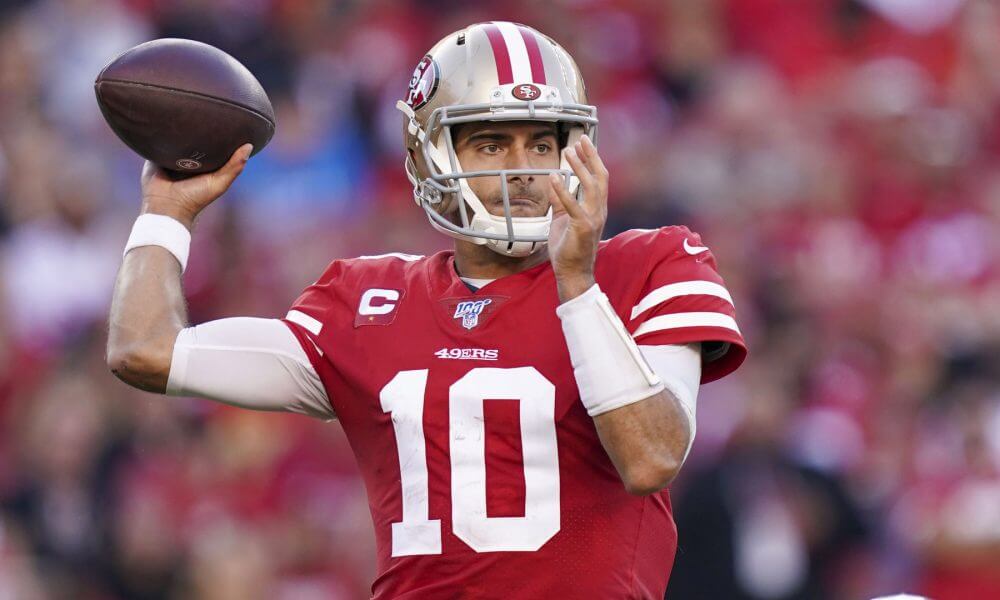 Strap in for a high-octane matchup to kick off your day on Sunday, as the Baltimore Ravens host the San Francisco 49ers.

This contest should be a great late-season gauge of where both teams are at headed into the playoffs. In fact, this game could be a Super Bowl preview. But before we put these two teams in the big game, let’s see how they play one another in the regular season.

In a battle highlighted by Baltimore’s insane running game vs. San Francisco’s great running defense, there are plenty of other things to watch for as well. Will the Niners let Jimmy Garoppolo air it out a bit? Will Baltimore be forced to throw more? And many more questions linger around the matchup.

The Ravens are favored at BetAnySports by 5.5 points headed into the game, with an over/under of 45.5.

The Niners aren’t far behind them statistically either, as it seems every statistical category you look at, these two teams are somewhere near the top of the leaderboard.

Ravens safety Earl Thomas is questionable headed into Sunday’s contest and did not play at practice all week. The addition of Marcus Peters should help to hide the loss of the safety, but it’s impossible to replace the future Hall of Famer.

Head coach John Harbaugh’s strategy should be to run it right down the Niners throats and not have the defense on the field much. The Ravens lead the league in time of possession with ease, and I see no reason for that to change.

Niners tight end Greg Kittle is also questionable for Sunday’s matchup, and with Thomas possibly out, Kittle could be a huge difference-maker if he plays.

The Niners should continue to focus on their defense and their run game. Rather than having a game where Garoppolo steps up, the Niners need their defense to keep Lamar Jackson off the field as much as possible. Control the clock and retain good field position.

So, who do you have? This should be a game for the ages, whether your money’s on the home or away team. Both teams have been average against the line this season, as the Niners are 6-4-1, and the Ravens are 6-5 against the spread.

However, the Ravens are only 1-3 against the line when they’re favored at home. The Niners are an exceptional 3-0 against the line on the road as the underdog. So, it turns out 2+2=4 here, and the pick is the 49ers to at least keep it close, and move to 4-0 against the spread as road dogs.

Take the Niners, take the points, and take the over.