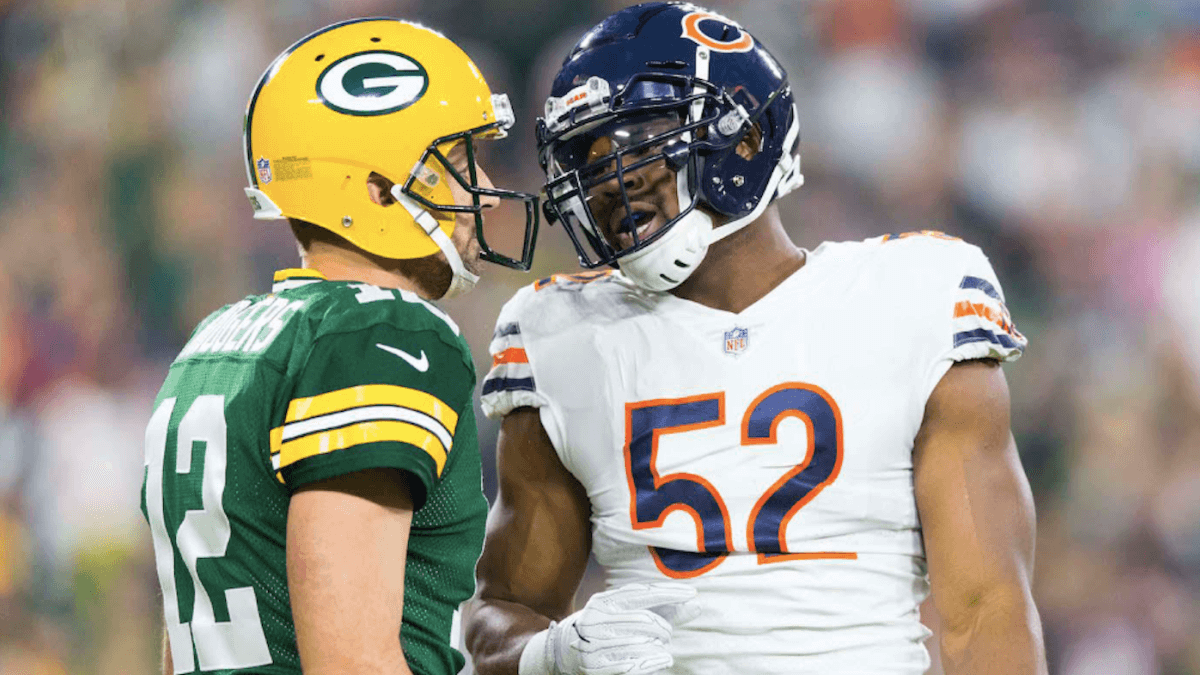 The preseason is finally over and real NFL games that matter are set to commence starting on Thursday when the Green Bay Packers visit the Chicago Bears. With the Bears at home, BetAnySports has them as 3-point favorites with the over/under set at 46 points.

A year ago, these two teams gave us a classic game the first week of the season that saw Aaron Rodgers overcome a mid-game knee injury to rally the Packers, who overcame a 20-0 3rd quarter deficit to beat the Bears 24-23. The Bears, of course, had the last laugh by winning the NFC North, but they should have a little apprehension about seeing Rodgers and company to start the season once again.

For the Packers, there are a lot of unanswered questions heading into the season. Rodgers didn’t play at all in the preseason, so it’s unclear how he’ll adjust to new head coach Matt LaFleur and new offensive coordinator Nathaniel Hackett. Rodgers should be happy to be rid of Mike McCarthy, but there could be an adjustment period, especially since the Packers are a little unsettled at wide receiver outside of Davante Adams.

There’s also the tiny matter of the Chicago defense, which was one of the best in the NFL last season. The Bears have a chance to be just as good on defense this year with Khalil Mack leading the pass rush and Roquan Smith having a full season of experience under his belt. Just for good measure, the Bears have added former Green Bay safety Ha Ha Clinton-Dix to give their secondary a boost.

On the other side of the field, Chicago quarterback Mitch Trubisky is moving into his third season in the league. He surely took a step forward last year; however, the question is whether he’ll continue to improve or hit a wall at some point.

The Bears are also breaking in rookie running back David Montgomery. The Chicago offense leaned heavily on the running game a season ago, and now they’ll look to their promising rookie to lead the way and take some of the pressure off Trubisky.

One thing that can’t be overlooked is Chicago’s kicking issues last season. Over half a dozen kickers got their chance during the offseason, and Eddy Pineiro ended up winning the job.

But the Bears aren’t exactly committed to Pineiro beyond Week 1. The pressure is on Pineiro, and a missed kick could make a meaningful difference in this game. Given Chicago’s kicking woes and the Packers having the better quarterback, the smart bet is on the Packers to at least beat the 3 point spread.