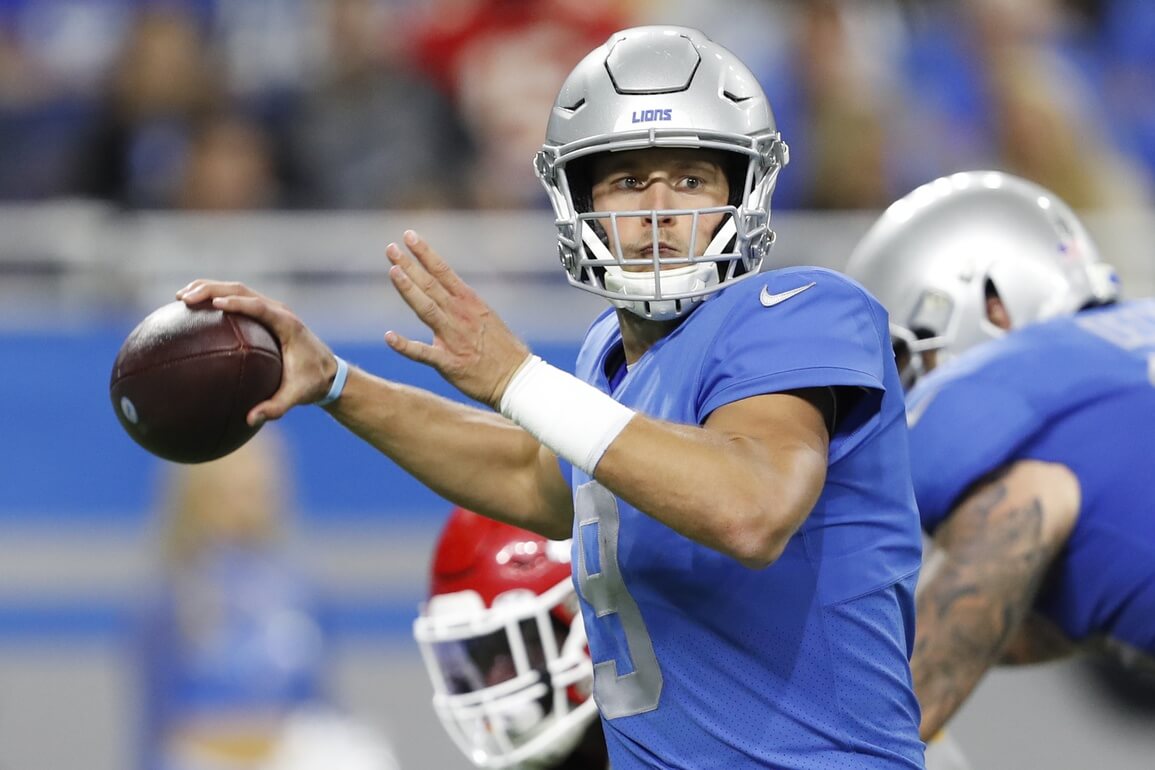 Week 6 of the 2019 NFL regular season will wrap up with an NFC North battle on Monday Night Football. The Detroit Lions will be in Green Bay to take on the Packers, and there will likely be plenty of offense in this game.

Both teams have terrific quarterbacks, and the football will be traveling through the air a ton in this game.

Green Bay comes into this game with a record of 4-1 and sits in first place in the NFC North. The Packers suffered a home loss to the Philadelphia Eagles in Week 4 but responded with a huge road win over the Dallas Cowboys in Week 5.

Detroit is 2-1-1 so far this season, but it has looked sharp in all four games. The Lions nearly knocked off the Kansas City Chiefs in Week 4 and will be well-rested for this game after a bye last week.

BetAnySports has the Green Bay Packers as four-point favorites in this game.

The Green Bay Packers are only averaging 93.0 rushing yards per game this season, but those numbers are misleading. Running back Aaron Jones had four rushing touchdowns a week ago, and the Packers have taken some of the pressure off of Aaron Rodgers.

The real story has been the Packers’ defense this season, as they are allowing less than 19.0 points per game. Green Bay has very few holes this season, and they are always tough to beat at home.

The Detroit Lions are averaging 267.0 passing yards per game this season, and Matthew Stafford is having a terrific season. The veteran quarterback has thrown nine touchdowns to just two interceptions, and the Lions will test the Packers secondary in this game.

Detroit still struggles a bit on the defensive side of the ball, and they will need to get pressure on Rodgers in this game.

The Detroit Lions do look like a much-improved football team this season, but taking on the Packers at Lambeau Field is a huge challenge. Lions quarterback Matthew Stafford has played well against the Packers in his career, but he has also suffered a ton of losses.

Green Bay has finally found a running game, and Aaron Rodgers doesn’t need to do everything for this team. The Packers are going to win this game comfortably.

Get to BetAnySports and take the Green Bay Packers -4.0 over the Detroit Lions.