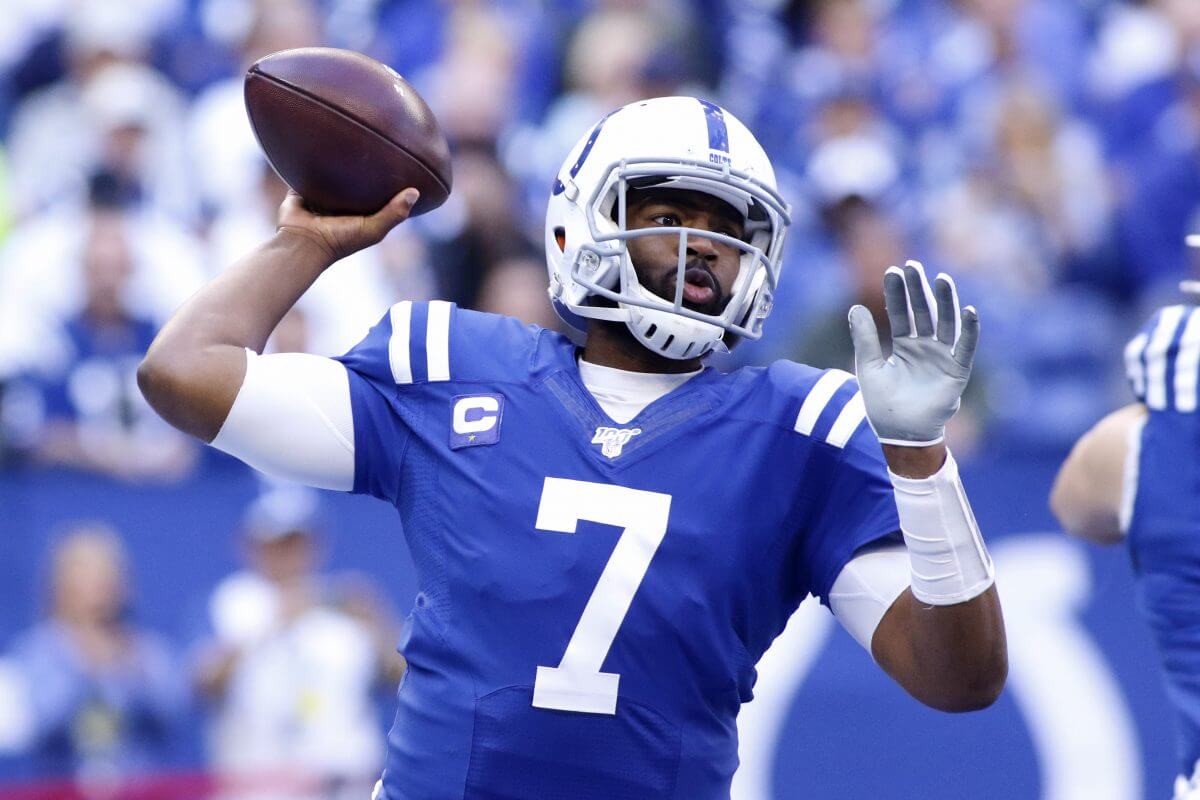 Week 8 of the NFL season has several intriguing games on the schedule, including one taking place in Indianapolis. The Colts are set to host the Denver Broncos in a battle of AFC teams that have had plenty of success in recent seasons.

Indianapolis comes into this game with a record of 4-2, and it has won two straight games coming into this one. The Colts currently sit in first place in the AFC South.

Denver is just 2-5 this season, and it has some bad losses on its resume. The Broncos sit in third place in the AFC West, and they are in danger of missing the playoffs again.

BetAnySports has the Indianapolis Colts as 5.5-point favorites in this Week 8 matchup.

The Indianapolis Colts are outscoring opponents by less than one point a game this season, but they have made big plays when needed. Quarterback Jacoby Brissett has thrown 14 touchdowns to just three interceptions this season and has replaced the retired Andrew Luck very nicely.

Running back Marlon Mack is having a solid season as well and is averaging over four yards per carry.

Defensive end Justin Houston is having a great first season in Indianapolis and leads the Colts with four sacks. The Colts don’t have a ton of superstars, but they are a solid team.

Denver is one of the lowest-scoring teams in the NFL so far this season, averaging just 16.0 points per game. Quarterback Joe Flacco has thrown for close to 1,700 yards this season but has just six touchdown passes to five interceptions.

Phillip Lindsay and Royce Freeman have combined for 752 rushing yards this season, but teams are loading up to stop them.

The Broncos have racked up 13 sacks this season, but their defense still hasn’t quite hit their stride. Denver will have to try and win a low-scoring game to pull off the upset.

Denver just doesn’t score enough points to make it a serious contender in this game. The Broncos should play much better on the defensive side of the ball against the Colts, but their offense just can’t keep up.

Indianapolis is running the ball well, and that should give them a chance to score on the Broncos defense. The Colts are going to stay in first place with a big win in this game.

Get to BetAnySports and bet the Indianapolis Colts -5.5 over the Denver Broncos on Sunday.