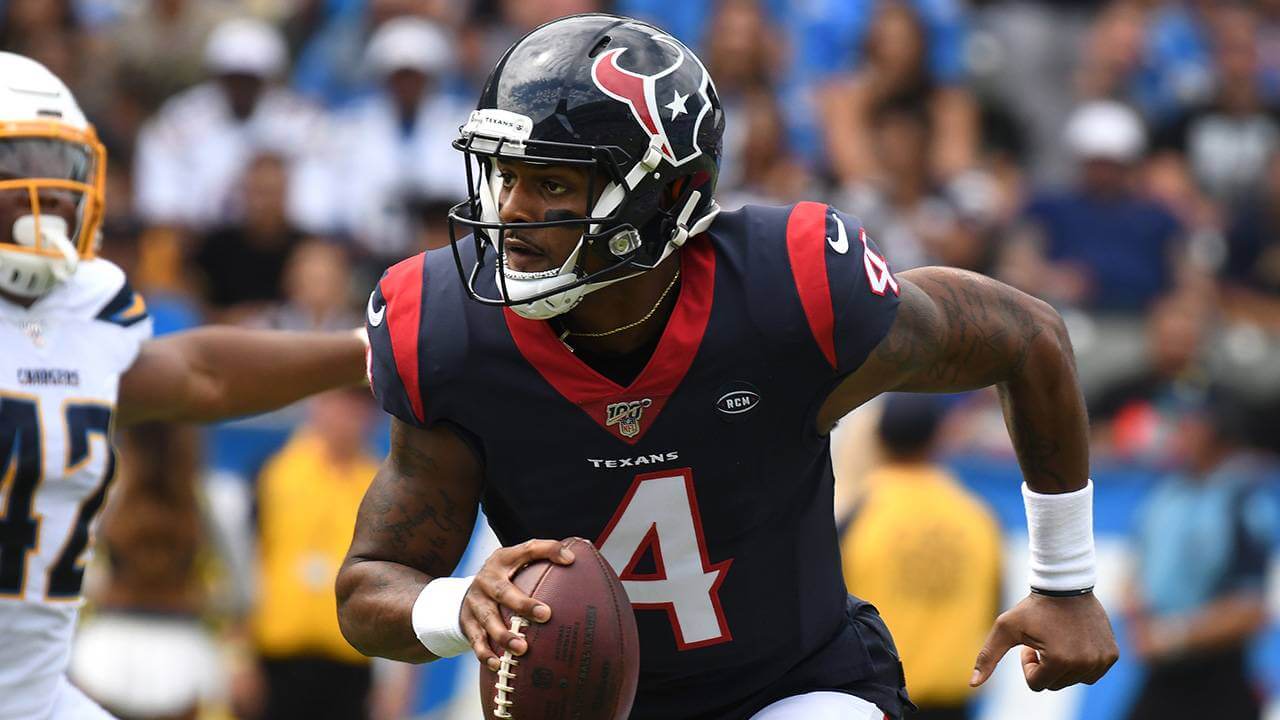 Week 5 of the NFL season is here, and things are starting to take shape in this 2019 season. Week 5 means more byes too, with the Miami Dolphins and Detroit Lions taking a week off.

There are some big question marks in both the NFC South and AFC South, with none of those teams really jumping out ahead of the others.

We will be looking at a matchup between those two divisions, previewing the Atlanta Falcons and the Houston Texans.

We will break down the game between the two teams and help you determine your best bets.

The Atlanta Falcons have been an incredible letdown this season. Lots of experts thought they could be a darkhorse sleeper to win their division and make a run into the playoffs.

Just about everything has gone wrong for Atlanta: Their run game is nonexistent, Matt Ryan is committing turnovers, and their defense cannot get a stop.

The lone bright spot for the Falcons has been Julio Jones, who just signed a contract extension before the season started. He has been worth every dollar they paid for him, hauling in 23 catches for 317 yards and four touchdowns in four games.

Jones will try to carry them as much as he can, and they will be going up against a weak Texans defense.

The Texans have had a number of problems as well but have found ways to sneak out a couple of victories. They are 2-2 heading into this matchup, but Deshaun Watson has been running for his life without a solid offensive line to protect him.

DeAndre Hopkins has not yet had a breakout performance this season, and this might be the game for him against a weakened Atlanta secondary. Look for him to hit triple digits in receiving yards.

Our friends at BetAnySports have the Houston Texans favored in this matchup at -5.5. They are not too crazy of a favorite here, seeing as they have had their own struggles.

Regardless, I am ready for Hopkins to break out in this one and light up the Atlanta secondary for triple-digit receiving yards.

I think Ryan will struggle in this contest, as he has yet to have a good game this season.