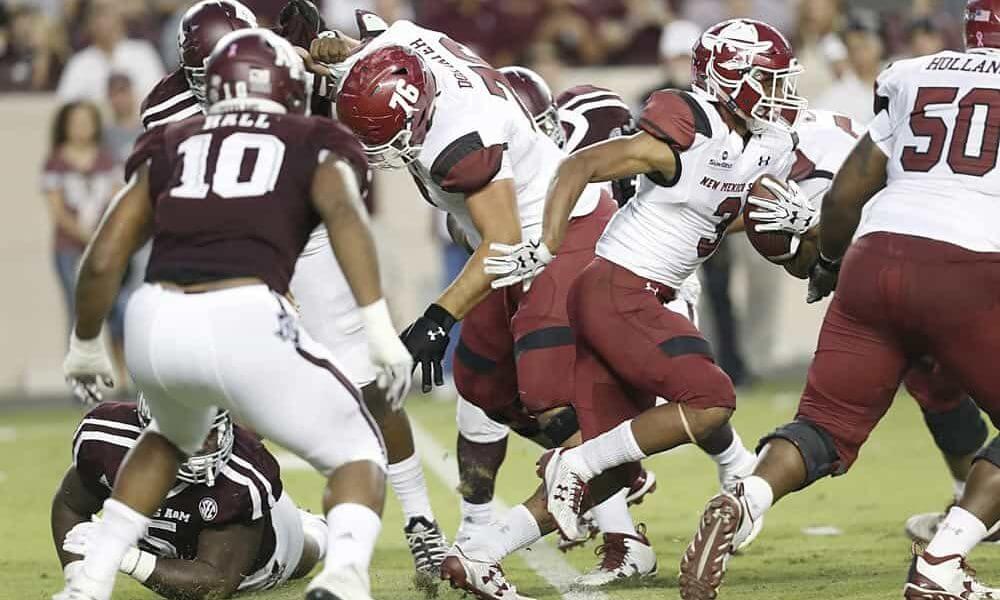 As a warmup for the start of next week’s 2018 college football season, the Mountain West’s Wyoming Cowboys face off against the FBS Independent New Mexico State Aggies as part of a limited schedule of games this Saturday. Kickoff on ESPN2 from Aggie Memorial Stadium is set for 10 p.m. (ET).

The Cowboys are coming off an 8-5 campaign in 2017 both straight-up and against the spread. After losing their final two games in the Mountain West to Fresno State at home and to San Jose State on the road both SU and ATS, they closed out the season with a 37-14 postseason victory against Central Michigan as three-point favorites. The total stayed UNDER BetAnySports’ closing line in 10 of Wyoming’s 13 games.

The big story last season was Josh Allen at quarterback. He moved on to the NFL as a first-round pick with either Tyler Vander or Nick Smith assuming the starting role this season. The Cowboys should once again have one of the better defenses in the Mountain West with a large chunk of talent back from last year.

New Mexico State will play as an independent this season after posting a SU 7-6 record in its last season in the Sun Belt Conference. The Aggies went 8-5 ATS last season, but they failed to cover in four of their last six games. The total stayed UNDER BetAnySports’ closing line in their last three outings including a 26-20 victory against Utah State in the Arizona Bowl as 5.5-point underdogs. This was the program’s first bowl appearance in 57 years.

Key losses on offense include running back Larry Rose and wide receiver Jaleel Scott. These two playmakers accounted for 21 of New Mexico State’s 47 touchdowns in 2017. Jason Huntley is poised to take over the lead role in the running game after gaining 420 yards on 70 carries last season as a backup. Look for the Aggies to lean heavily on their running game against Wyoming.

Wyoming has a big hole to fill at quarterback, but I remain confident that its new-look offense will get the job done this Saturday night to cover the 3.5 points on the road.