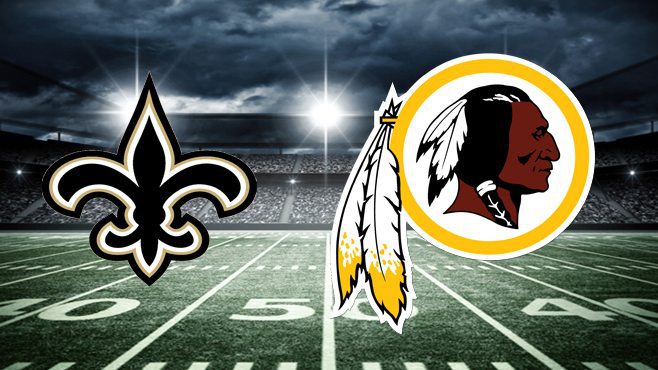 This Monday night’s NFL matchup on ESPN sends the 2-1 Washington Redskins on the road to face the 3-1 New Orleans Saints in a slated 8:15 p.m. start from Mercedes-Benz Superdome.

The Redskins had an early bye week following a 2-1 start both straight-up and against the spread. They sandwiched a road win against Arizona and a big win at home as underdogs against Green Bay around a stunning 21-9 loss to Indianapolis as six-point home favorites. The total went OVER 46 points in their 31-17 victory against the Packers after staying UNDER in the first two games on BetAnySports’ closing line.

Alex Smith has done a good job as Washington’s new starting quarterback. He has completed an efficient 68.8 percent of his 96 passing attempts for 767 yards and four touchdowns. Jordan Reed and Chris Thompson have combined for 34 receptions for 323 yards and two scores. The Redskins’ running game has been anchored by veteran back Adrian Peterson with 236 yards rushing on 56 carries.

Following a shocking 48-40 loss to Tampa Bay as a 10-point home favorite, New Orleans has reeled off three SU wins. Last Sunday, the Saints rolled over the New York Giants 33-18 as three-point road favorites after beating Atlanta on the road 43-37 as slight 1.5-point underdogs. The other win was against Cleveland, but they failed to cover as 9.5-point home favorites.

Behind Drew Brees throwing the ball and Alvin Kamara running and catching it, the Saints are ranked third in the league in scoring with an average of 34.3 points per game. Brees has thrown for 1,295 yards and eight touchdowns with three of those scoring throws going to Michael Thomas. Mark Ingram will join Kamara in the backfield on Monday night following his four-game league suspension. Kamara has rushed for a team-high 275 yards while adding another 336 yards through the air.

Washington is well rested and ready to go and New Orleans has been playing at a very high level on offense. This all adds up to a high scoring affair on Monday night that goes OVER BetAnySports’ total line.