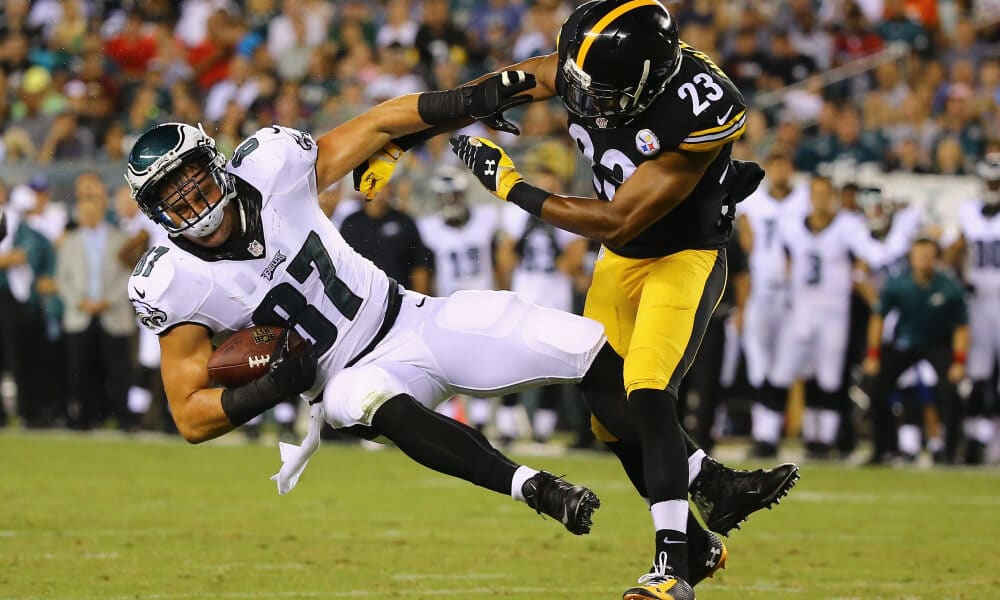 Pennsylvania bragging rights are up for grabs this Thursday night at Lincoln Financial Field when the Pittsburgh Steelers and the Philadelphia Eagles kickoff their 2018 NFL preseason schedule in a head-to-head showdown in the City of Brotherly Love. Game time is set for 7 p.m.

The Steelers come into the 2018 season with unfinished business after getting stunned by Jacksonville in last season’s AFC Divisional Round as touchdown favorites at home. They have been listed by BetAnySports as heavy -250 favorites to win their third-straight AFC North Division title and they are -550 second-favorites behind New England (+300) to win the conference. Pittsburgh went 3-1 both straight-up and against the spread in last year’s preseason ahead of a 13-3 SU (7-9 ATS) record in the 2017 regular season.

It is doubtful we will see Ben Roethlisberger connecting with Antonio Brown all that much on Thursday night, but Steelers’ fans should get their first glimpse of quarterback Mason Rudolph and wide receiver James Washington as two of the team’s top three draft picks this year. Former Virginia Tech safety Terrell Edmunds was Pittsburgh first selection with the 28th pick of the opening round.

Philadelphia went as far as a team could go in 2017 with a huge upset over New England in Super Bowl LII. BetAnySports has the Eagles set as -150 favorites to win the NFC East again and their betting odds to get back to the Super Bowl as NFC Champs have been set at +550, which are also the best on the board. Philadelphia matched Pittsburgh at 13-3 SU in the 2017 regular season and it went 10-6 ATS. The Eagles have covered in seven of their last 10 home games.

Carson Wentz continues to rehab his knee in anticipation of starting at quarterback in Week 1 of the regular season against Atlanta and his backup and Super Bowl MVP Nick Foles has missed some practice time with minor injuries. This could open the door to a heavy dose of Nate Sudfeld at QB this Thursday night. It should also mark the debut of tight end Dallas Goedert as the Eagles’ top pick in the draft early in the second round.

Given that each of these teams have some decent depth on both sides of the ball, this could turn into a very entertaining matchup. I am going to lean towards the Eagles ATS playing at home with the total going OVER 35 points as a parlay play.