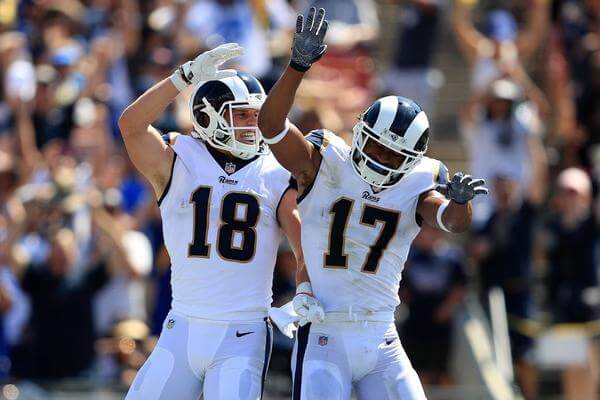 This Saturday’s NFL Network four-game schedule of Week 2 preseason action wraps things up with a West Coast tilt between the Seattle Seahawks and the Los Angeles Chargers. All the action from the StubHub Center gets underway 10 p.m.

It was not that long ago that Seattle was a perennial favorite to win its division as one of the elite teams in the NFC. Heading into this season, the Seahawks have the third-best betting odds (+500) to win the NFC West at BetAnySports and their projected win total stands at eight games. They started the preseason with a 19-17 loss to Indianapolis as two-point home favorites. The total stayed UNDER the 38-point closing line.

Russell Wilson remains the team’s primary (and sometimes only) weapon on offense, but he proved he cannot do it all on his own in last season’s 9-7 effort that kept Seattle out of the playoffs for the first time in six seasons. Head coach Pete Carrol used his first round pick to draft running back Rashaad Penny in an effort to add some better balance on this side of the ball.

The Chargers could be a team headed in the other direction as +135 favorites to win the AFC West this season. Their projected win total is set at 9.5 wins after going 9-7 in 2017. They faced Arizona in Week 1 of the preseason and came up short in a 24-17 loss as three-point road underdogs at BetAnySports with the total going OVER 37 points. Los Angeles was 1-3 both straight-up and against the spread in the preseason last year.

Veteran quarterback Philip Rivers should see his first action of the preseason after Gino Smith got the start against the Cardinals. Melvin Gordon did get a chance to run the ball last week and he gained 16 yards on five carries. The Chargers used their first round pick in this year’s draft to select safety Derwin James as one of four defensive players taken with the team’s first four picks. Los Angeles was ranked third in the NFL last season in points allowed (17.0).

Every bettor understands that NFL head coaches do not care about the final score in these exhibition games, but I agree with the notion that these two teams are headed in opposite directions. That is why I am going with the Chargers both SU and ATS in this matchup.