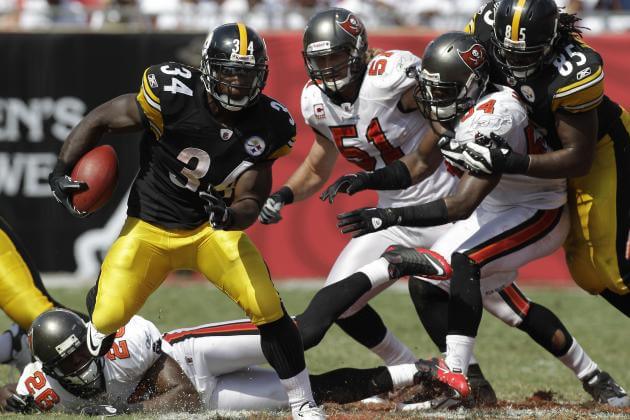 Monday night’s matchup in Week 3 should be a good one between the struggling Pittsburgh Steelers and the surging Tampa Bay Buccaneers. Game time on ESPN from Raymond James Stadium is set for 8:15 p.m.

The Steelers are still looking for their first win of the season either straight-up or against the spread coming off a 21-21 tie with Cleveland on the road and a five-point loss to Kansas City at home as favorites in each contest. The total went OVER BetAnySports’ closing line in both of those games. Pittsburgh is just 1-8 ATS in its last nine games and the total has stayed UNDER in 18 of its last 23 games on the road.

The absence of running back Le’Veon Bell and the off-field antics of wide receiver Antonio Brown have only added to the current issues in Pittsburgh. The 0-1-1 start is bad enough and, if the Steelers end up on the wrong end of this game, things could quickly spiral out of control for one of the perennial contenders to win the AFC each season. Week 3 is far too early to call this a ‘must win’ situation, but that could be the case for this team.

Tampa Bay has been one of the biggest stories in the early part of the season with a pair of upsets over New Orleans on the road and Philadelphia at home as an underdog in each game. The total went OVER in both games on BetAnySports’ closing line. The Buccaneers have been able to cover in four of their last five home games and the total has stayed UNDER in nine of their last 12 games played at home.

The fast start can be attributed to the big play ability of this offense led by veteran quarterback Ryan Fitzpatrick. In place of a suspended Jameis Winston, he has already thrown for 819 yards and eight touchdowns. DeSean Jackson has come down with three of those scores while gaining 275 yards on just nine receptions. Mike Evans has caught 17 of the 19 balls thrown his way.

You would think that Pittsburgh should be able to get a win on the road this Monday night, but the Buccaneers have a ton of momentum on their side coming off of those two big upsets. I am actually going with the OVER 54.5 in this game with both teams lighting things up in prime time.