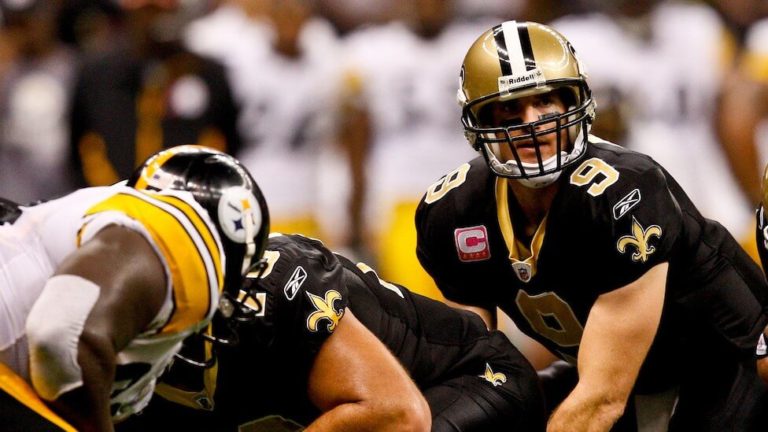 The top matchup in Week 16’s late Sunday afternoon games pits the 8-5-1 Pittsburgh Steelers against the 12-2 New Orleans Saints. Kickoff from the Mercedes-Benz Superdome is set for 4:25 p.m. on CBS..

Pittsburgh took the first big step towards winning another AFC North Division title with Sunday’s 17-10 upset against New England as a 2.5-point road underdogs. The Steelers will now have to pull off an upset on the road where they are 4-2-1 straight-up with a 3-3-1 against the spread. They have gone a perfect 4-0 ATS this season when closing as underdogs. The total has stayed UNDER in four of Pittsburgh’s last five games on BetAnySport’s closing line.

The Steelers relied on their defense to shutdown New England  their last time out. However, on the road against one of the highest scoring teams in the league, they might have to surpass their 27.3-point scoring average to keep pace. To make things a bit more difficult, quarterback Ben Roethlisberger is playing with a rib injury and running back James Conner has missed his last two games due to injury.

The Saints have the best record in the NFC and they are one more win from clinching the top playoff seed in the conference. They grinded out a 12-9 road win against Carolina in Week 15 as six-point road favorites. The total has now stayed UNDER BetAnySports’ closing line in their last five games. New Orleans has gone 10-4 ATS over the course of its 14 games and it has covered in four of its first six home games.

New Orleans’ high-powered offense has averaged 32.8 points per game this season behind Drew Brees throwing the ball to Michael Thomas and the combination of Alvin Kamara and Mark Ingram running it. The Saints have stumbled a bit in recent weeks with 10 points in a loss to Dallas and 12 points in last week’s win. However, playing at home could make all the difference in the world where this unit has scored at least 31 points in five of its previous six games this season at the Superdome.

My lean in this matchup both SU and ATS is towards New Orleans playing at home. The Steelers could have a hard time matching last Sunday’s intensity coming off the big win against New England.