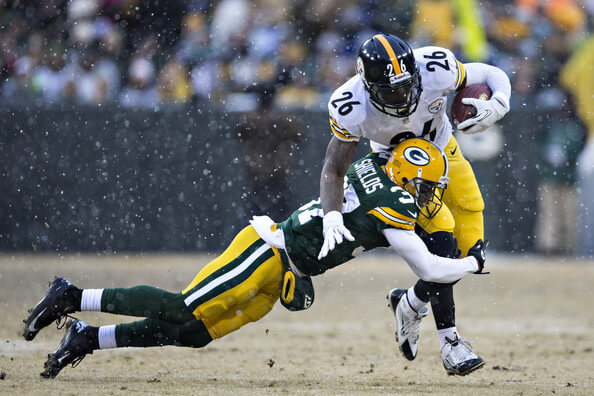 The Pittsburgh Steelers face another one of the top teams in the NFC this preseason with a trip to Lambeau Field this Thursday night to play the Green Bay Packers. Game time is set for 8 p.m. (ET).

The Steelers opened their 2018 preseason schedule with an in-state battle against Philadelphia on the road and it came away with a 31-14 victory as three-point underdogs. The total went OVER BetAnySports’ closing 37.5-point line in that game. Pittsburgh won 13 of 16 regular season games straight-up last year with a 7-9 record against the spread. The Steelers were 3-1 SU and ATS last preseason with the total staying UNDER in all four games.

Ben Roethlisberger should get a chance to run the offense for a series or two on Thursday night after sitting out the game against the Eagles. In his place, the trio of Landry Jones, Joshua Dobbs and Mason Rudolph all saw playing time at the quarterback position. Rudolph was the Steelers’ third-round pick in this year’s draft and the rookie out of Oklahoma State completed seven of his 12 passing attempts for 101 yards.

Green Bay is looking to bounce back from a SU 7-9 record in 2017 that kept it sidelined in the postseason for the first time in nine years. It opened this preseason with a 31-17 victory at home against Tennessee last Thursday in a game that closed as a PICK and the total went OVER BetAnySports’ 34.5-point line. The Packers won three of last year’s preseason games SU with a 3-0-1 record ATS. The total stayed UNDER in each of those four games.

The main reason for last year’s slide was the loss of veteran quarterback Aaron Rodgers for over half the season due to injury. He remained on the bench against the Titans, but he should get a chance to run the offense for a series or two in Week 2. Brett Hundley was Rodgers’ backup last season, but second-year quarterback DeShone Kizer made a decent showing last week for that role with 134 yards passing on nine completions.

Each of these teams should rank high in the league this season in scoring given their starting quarterbacks. I think that whichever players are under center this Thursday night they are going to combine to score enough points to take the total OVER 37.5 points.