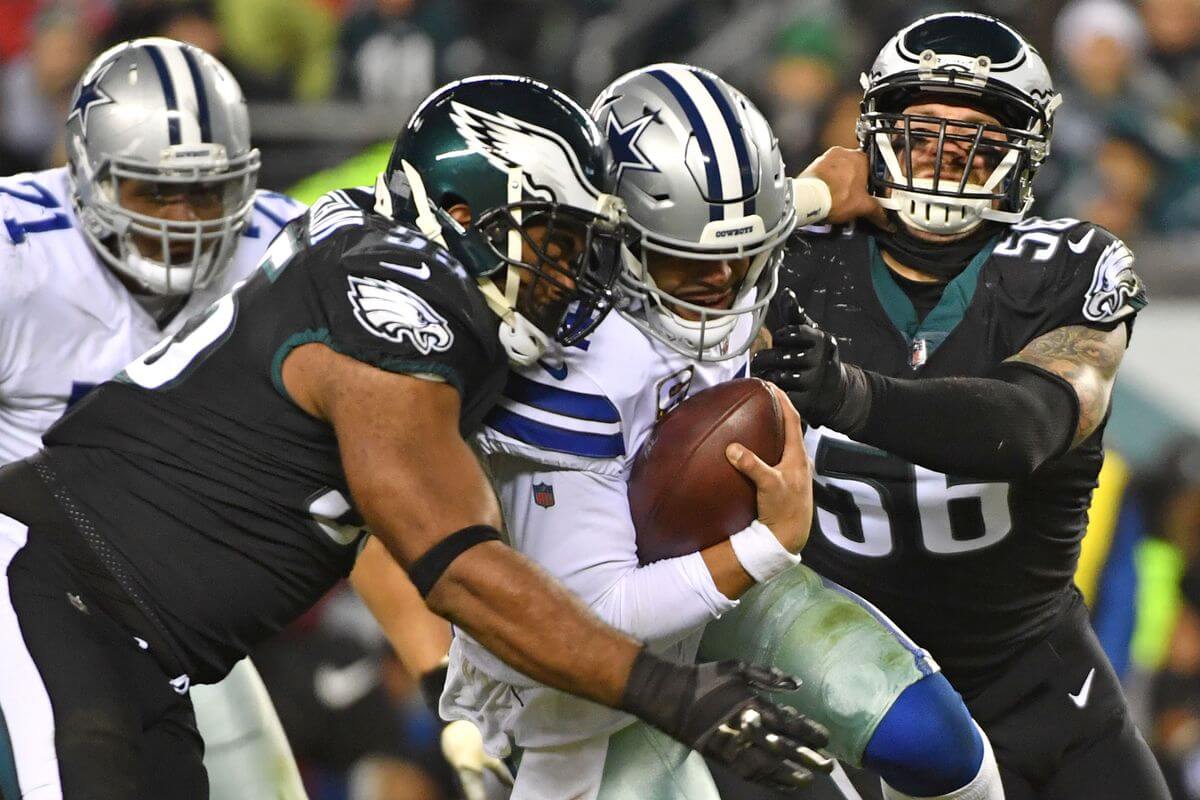 This Sunday’s NFC East showdown between the Philadelphia Eagles and the Dallas Cowboys at AT&T Stadium is slated to kickoff on FOX at 4:25 p.m.

This whole season has been a struggle for Philadelphia at 6-6 straight-up and 4-8 against the spread, but a win on Sunday would give the Eagles a share of the lead in the NFC East. They are coming off back-to-back SU wins for the first time this year after beating the New York Giants and Washington at home, but they need to avenge an earlier loss to Dallas at home to keep their division title hopes alive.

The Eagles’ biggest chance to keep things interesting in the division title race is third-year quarterback Carson Wentz. He completed 27-of-39 passing attempts for 306 yards and two touchdowns in Monday night’s 28-13 win against the Redskins. Rookie running Josh Adams continued to anchor the ground game with 85 yards rushing on 20 carries, while wide receiver Golden Tate made his first big splash as an Eagle with seven receptions for 85 yards and a score.

Dallas has turned things around with a four-game winning streak both SU and ATS to improve to 7-5 both ways. The Cowboys are well rested and coming off their biggest win of the year after beating New Orleans 13-10 last Thursday as 7.5-point home underdogs. They are now 5-1 SU at home with a 4-2 record ATS. The total has gone OVER BetAnySports’ closing line in four of their last five home games.

The Cowboys’ offense revolves around running back Ezekiel Elliott. He has carried the ball 240 times in 12 games for 1,150 rushing yards and six touchdowns. In the first meeting against Philly, he ran the ball 19 times for 151 yards and one score for an average of 7.9 yards a carry. Dak Prescott has played well at quarterback with 2,675 yards passing and 14 touchdown passes against five interceptions.

Philadelphia needs this game more than Dallas, but it is going to be tough getting the SU win on the road. I still see this as a three-point game either way between two bitter rivals, so I will take the Eagles and the 3.5 points at BetAnySports.