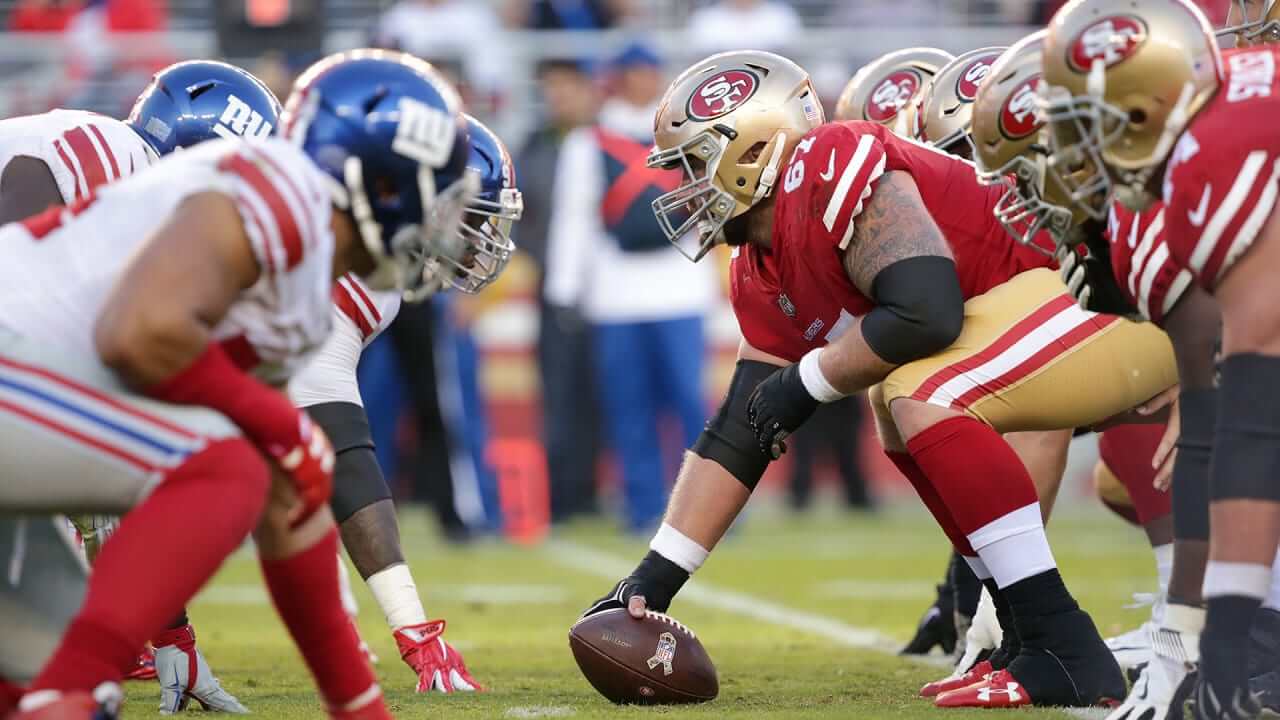 Week 10 of the NFL season closes things out with a Monday night matchup between the New York Giants and the San Francisco 49ers at Levi’s Stadium. Game time on ESPN is set for 8:15 p.m.

The highlight reel for the first half of New York’s season would be a short film at 1-7 straight-up with a 3-5 record against the spread. It went into last week’s bye in the midst a SU five-game losing streak after coming up short against Washington in a 20-13 loss at home on Oct. 28 as a one-point underdog. The Giants are 1-3 straight-up in four previous road games, but they did manage to cover in three of those contests.

On the plus side, veteran quarterback Eli Manning has thrown for 2,377 yards and eight touchdowns with Odell Beckham Jr. coming down with 61 receptions for 785 yards and two scores. Rookie Saquon Barkley has ignited the running game with 519 yards rushing and five touchdowns on 111 carries. The bad news is a scoring average of 18.8 points per game that is ranked 27th in the NFL.

San Francisco had high hopes for this season after finishing its 2017 campaign on a winning note. Following a 1-1 start, the 49ers went on to lose their next six games before beating up on Oakland last Thursday in a 34-3 victory as slight 1.5-point home underdogs. It all adds up to a 2-7 SU record through their first nine games with a 3-6 record ATS. The total has stayed UNDER in their last three outings after going OVER in the previous five games.

The loss of quarterback Jimmie Garoppolo early in the season derailed San Francisco’s offense and the team’s defense has sunk to 24th in the league in points allowed (26.6). One of the bright spots in the romp over the Raiders was the play of rookie quarterback Nick Mullins. He threw for 262 yards and three touchdowns in his first career start in the NFL.

Each of these teams is looking for a way turn a dismal season around, but of the two I would lean towards the 49ers in a head-to-head matchup. Lay the points on the home team this Monday night.