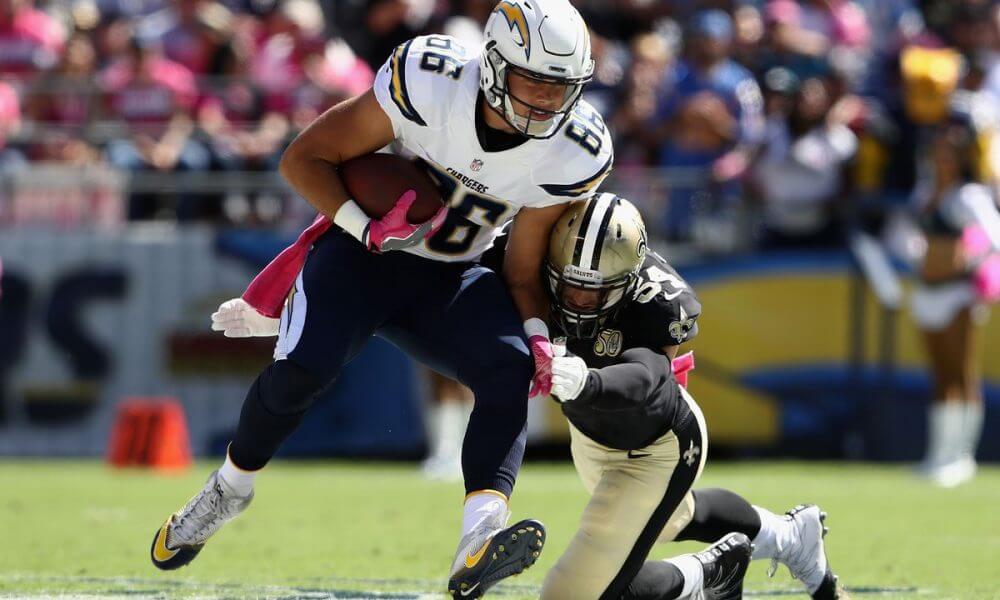 Week 3 of the 2018 NFL preseason closes out Saturday’s schedule with a inter-conference clash between the New Orleans Saints and the Los Angeles Chargers. Kickoff from the StubHub Center is set for 8 p.m. with CBS carrying the game nationally.

The Saints won the NFC South last season at 11-5 in a tie-breaker with Carolina and they are listed as +162 favorites at BetAnySports to win the division title in 2018. They have gotten off to a 1-1 start in the preseason both straight-up and against the spread with the total split as well. Following a 24-20 victory against Jacksonville as a two-point road underdog, New Orleans was on the wrong end of a 20-15 loss against Arizona as a five-point favorite at home. The total stayed UNDER 41.5 points in the loss to the Cardinals.

Drew Brees sat out both of the Saints’ first two games this preseason, but he is expected to get the start on Saturday night. One of the main reasons for New Orleans’ success last season was the balance between Brees moving the ball downfield through the air and a renewed ground game featuring the duo of Alvin Kamara and Mark Ingram. Taysom Hill led the way last week with 43 rushing yards on just three attempts.

Los Angeles is coming off a 9-7 record and second-place finish in the AFC West last season. It has also been listed by BetAnySports as the favorite to win its division this year at +152 betting odds. The Chargers opened their preseason schedule with a 24-17 loss to Arizona as three-point road underdogs. They evened their record at 1-1 (SU and ATS) with last Saturday’s 24-14 victory against Seattle as three-point favorites at home. The total stayed UNDER 40 points in that game after going OVER against the Cardinals.

Veteran quarterback Philip Rivers made his preseason debut last week against Seattle and he looked sharp in limited action by completing six of seven passing attempts for 62 yards. More impressive was the way the Chargers moved the ball on the ground against the Seahawks with 176 total rushing yards on 37 attempts. Melvin Gordan ran the ball 10 times for 35 yards and a score.

Two of the top veteran gunslingers that ever played the game should get a chance to run the first team offense for most of the first half. That is enough for me to go with the OVER on BetAnySports’ 43.5-point total line as my best bet for this game.