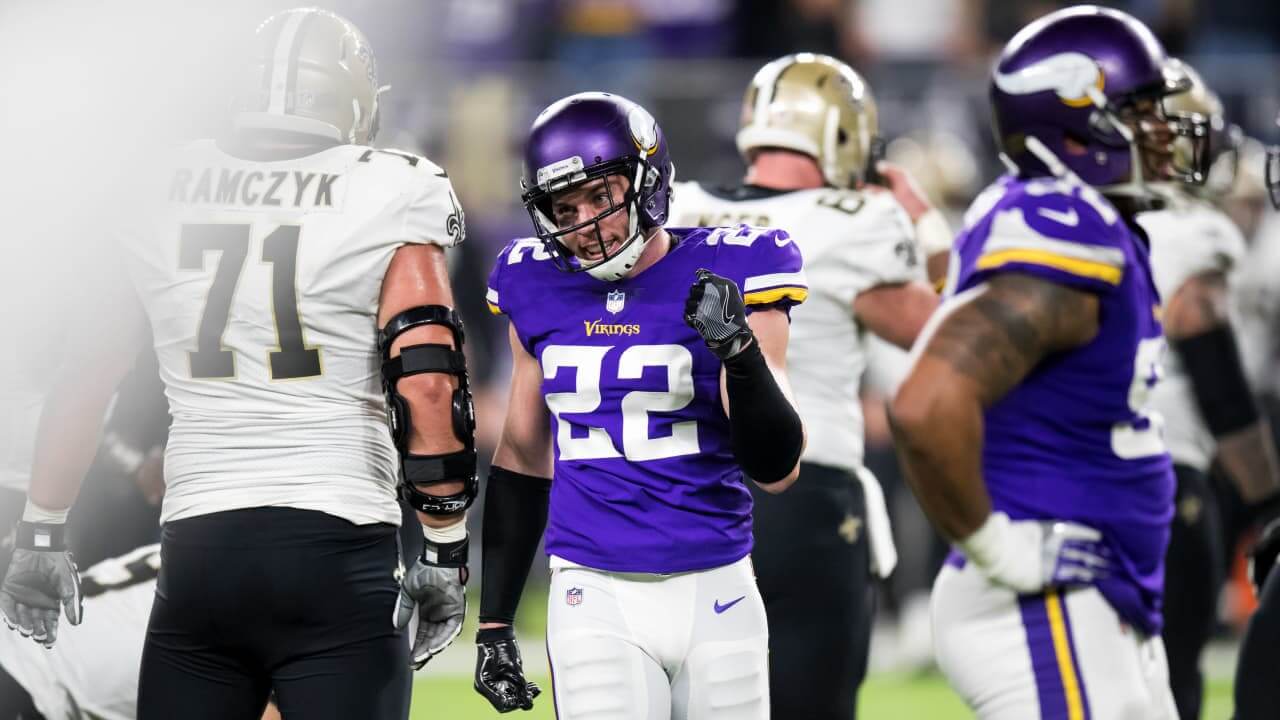 Sunday Night Football in Week 8 features an important NFC showdown between the 5-1 New Orleans Saints and the 4-2-1 Minnesota Vikings in an 8:20 p.m. start on NBC from US Bank Stadium.

The Saints extended their straight-up winning streak to five games by squeaking past Baltimore 24-23 last Sunday as 2.5-point road underdogs. They have been able to cover in their last four games as part of an overall record of 4-2 against the spread. The total stayed UNDER BetAnySports’ 49.5-point total line in that win and it has stayed UNDER in three of New Orleans’ last five games.

Everyone knows just how good the Saints’ passing game is behind veteran quarterback Drew Brees, but with Mark Ingram back in the lineup, this offense has reestablished its ability to effectively run the ball. Combined with Alvin Kamara, this is the best one-two punch in the backfield of any NFL team. New Orleans has also bee able to step things up on defense after giving up quite a few points early in the season. This unit has allowed an average of 20 points over its last three games.

Minnesota overcame a bumpy start to win its last three games SU while going 2-0-1 ATS. It is now 3-3-1 ATS overall with the total going OVER BetAnySports’ closing line in three of its last four contests. The Vikings are 2-1 SU with an even 1-1-1 record ATS at home this season. The total stayed UNDER in two of the three games.

Kirk Cousins has settled in as Minnesota’s new starting quarterback and heading into Sunday night’s matchup he is ranked third in the NFL in total passing yards with 2,162. He has also tossed 14 touchdowns against just three interceptions. Wide receiver Adam Thielen has been his top target with 67 receptions for 822 yards and five scores. The Vikings are ranked 14th in the NFL in both points scored (25.3) and points allowed (23.6).

I am going with New Orleans as the better all-around team to pull off its second-straight win on the road as an underdog with a SU win on Sunday night.