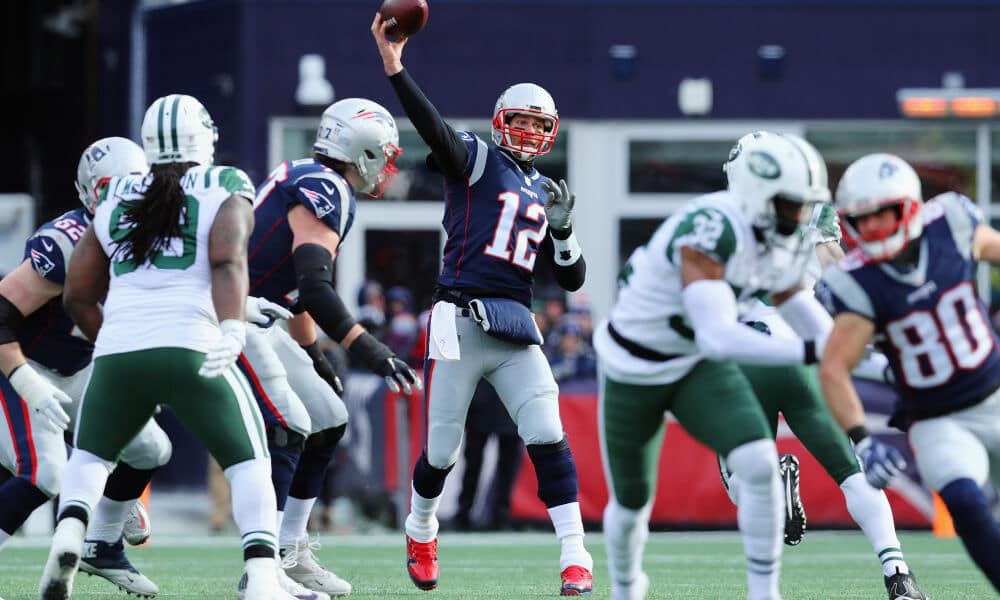 The New England Patriots and the New York Jets come off their bye week to face off this Sunday in a 1 p.m. AFC East tilt at MetLife Stadium with CBS carrying the game nationally.

The Patriots had a whole extra week to stew over a stunning 34-10 loss to Tennessee in Week 10 as 6.5-point road favorites with BetAnySports. The loss dropped New England to 7-3 straight-up with a 6-4 record against the spread. The total stayed UNDER 46.5 points in that loss and it has stayed UNDER in its last three games. The Patriots are 2-3 ATS on the road this season with the total staying UNDER in three of their last four road games.

No NFL team has been better at bouncing back from a bad loss than New England under the guidance of head coach Bill Belichick, especially when it is coming off a bye. Tom Brady is still playing at a high level with 2,749 passing yards and 17 passing touchdowns. However, a lingering injury to tight end Rob Gronkowski as his primary target is still a reason for concern.

New York went into its bye with a four-game losing streak both SU and ATS after getting thumped by Buffalo 41-10 its last time out as a seven-point home favorite. The total went OVER BetAnySports’ 37.5-point line in that division tilt and it has gone OVER in five of its last seven games. The Jets are 3-7 (SU and ATS) overall with a 2-5 record ATS when closing as underdogs.

Quarterback Sam Darnold is still nursing a foot injury, so look for Josh McCown to remain under center if the rookie signal caller cannot go. Either way, the Jets will have a tall task on their hands to keep this game closer than the current spread behind an offense that is averaging just 20.8 points per game. New York’s defense will also be put to the test with a points-allowed average of 25.4.

New England will once again be right of the thick of things in the postseason and the run starts this Sunday afternoon with a SU win that covers the 9.5 points on the road.