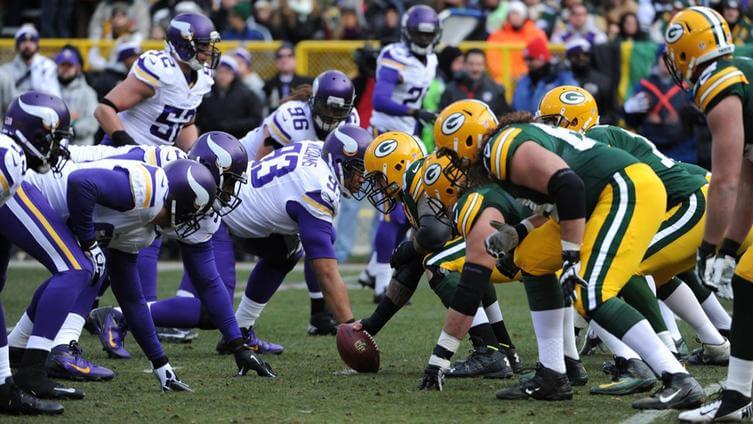 One of the featured matchups in this Sunday’s early NFL schedule is a NFC North showdown between the Minnesota Vikings and the Green Bay Packers at Lambeau Field for the early lead in the division.

The Vikings kept things interesting in Sunday’s season opener right until the final gun, but they still upended San Francisco 24-16 to cover as six-point home favorites on BetAnySports’ closing line. They will take their show on the road with a 5-2 record against the spread in their last seven road games. The total stayed UNDER 46.5 points against the 49ers and it has stayed UNDER in four of Minnesota’s last six games.

Kirk Cousins made his debut as the Vikings’ new starting quarterback and he looked very comfortable completing 20-of-36 passing attempts for 244 yards and two scores. He completed six passes to Adam Thielen for 102 yards and another six to Dalvin Cook for 55 yards as his top two receivers. Cook also ran for 40 yards on 16 carries in his return from an injury-plagued 2017 campaign.

Green Bay had its hands full with Chicago at home on Sunday night. It was able erase a 20-point deficit with a 21-point fourth-quarter effort that resulted in a tight 24-23 victory as a seven-point favorite. The total went OVER BetAnySports’ 45-point closing line and it has gone OVER in six of the Packers’ last seven games. They are 1-5 ATS in their last six games played at home.

Aaron Rodgers missed over half of last season with a shoulder injury and he sent a shockwave across the hometown crowd on Sunday night went he went down with a knee injury in the second quarter. Rodgers returned to action in the second half and worked his magic to pull out the win. He ended the game with 286 yards passing and three touchdown throws, but Green Bay only managed to gain 69 yards on the ground.

This should be one of the top matchups on the board this Sunday assuming the Rodgers remains under center. He will be looking to avenge last season’s pair of losses to Minnesota and I like his chances to get his team a win this Sunday SU and ATS.