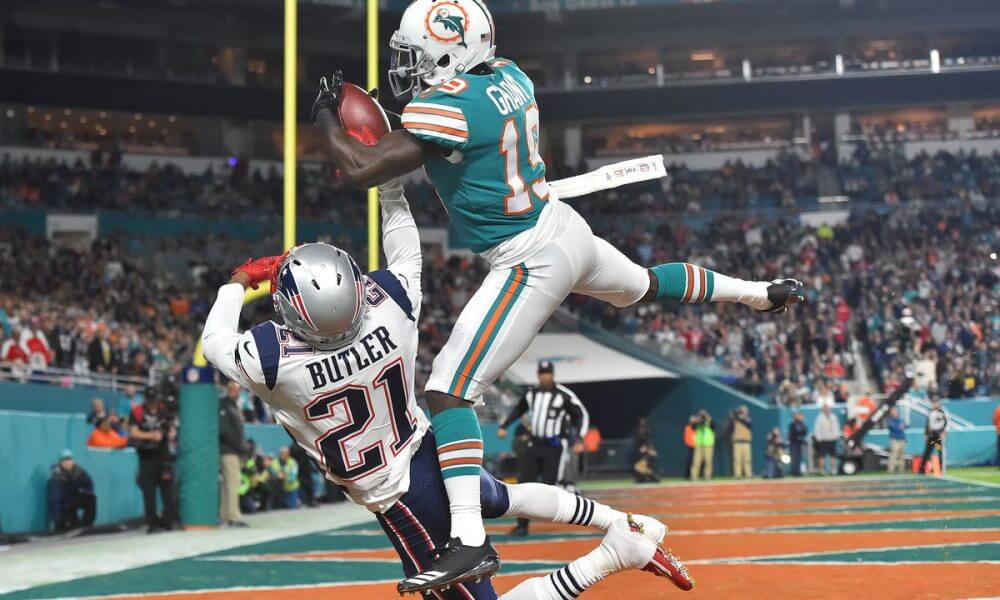 An early season showdown in the AFC East pits the Miami Dolphins on the road as touchdown underdogs against the New England Patriots this Sunday in a slated 1 p.m. start on CBS from Gillette Stadium

Miami has been one of the bigger surprises through the early part of the season at 3-0 both straight-up and against the spread. It opened things with a seven-point victory at home against Tennessee ahead of a big 20-12 road win against the division rival New York Jets as a three-point underdog. Sunday’s 28-20 victory against Oakland at home as three-point favorites kept the Dolphins perfect on year. The total has gone OVER BetAnySports’ closing line in two of the three games.

Behind Ryan Tannehill at quarterback and Kenyan Drake running the ball, Miami has developed a balanced attack on offense to move the ball down the field. Tannehill has thrown for 687 yards and seven touchdowns in his first three games with Kenny Stills hauling in nine catches for 184 yards and three of those scores.

The Patriots started the season as prohibitive favorites to win the AFC East again in 2018, but three weeks in, they find themselves two games off the pace at 1-2 both SU and ATS. After getting past Houston 27-20 in Week 1 as a 6.5-point home favorites with BetAnySports, New England has lost to Jacksonville by 11 points and Detroit by 16 points closing as a favorite on the road. The total has stayed UNDER in two of its first three contests.

It is hard to pinpoint exactly what is wrong with the defending AFC champs other than the obvious issue of scoring points. Behind Tom Brady at quarterback, this has been one of the most prolific offense in the league. Heading into this game, this unit is tied for 25th in the NFL in scoring with an average of 19.0 points per game.

I went with New England last Sunday night and paid the price. I think the Patriots are in for another battle this Sunday in a game that Miami finds a way to keep closer than the current seven-point spread at BetAnySports.