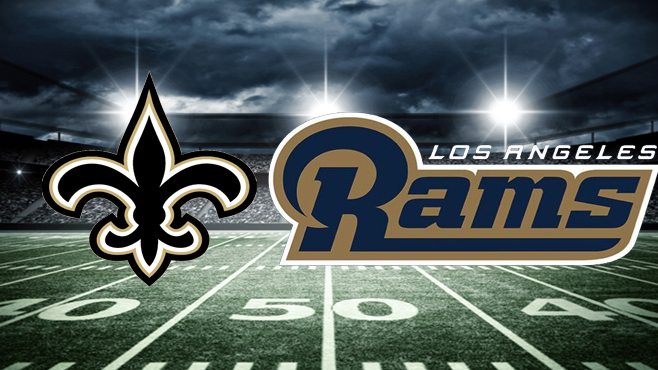 A pair of playoff teams in the NFC from last season face one another in their final preseason toon-up when Los Angeles Rams head to the Big Easy to play the New Orleans Saints this Thursday night. Kickoff from the Mercedes-Benz Superdome is set for 8 p.m.

The Rams went 11-5 straight-up last season to win the NFC West for the first time since 2003. They are listed as heavy -175 favorites to win the division again at BetAnySports. After dropping its preseason opener to Baltimore in a lopsided 33-7 loss as a three-point road underdog, Los Angeles has beaten Oakland and Houston at home both SU and against the spread. The total has gone OVER in two if its first three games.

In a tight 21-20 win over Houston last Saturday as 3.5-point underdogs, the Rams got a big night from rookie running back John Kelly with 64 yards rushing and two touchdowns to help pace the win. Jared Goff did not play in that game, so Sean Mannion and Branden Allen split the quarterbacking duties. You can expect to see each of these players under center this Thursday night.

New Orleans was another team that turned things around last season at 11-5 SU after three-straight seven-win seasons. Its betting odds to repeat as NFC South Division Champions are set at +140, which are the best on the board at BetAnySports. The Saints opened their preseason schedule with a 24-20 road win against Jacksonville as two-point underdogs. They split their next two games with a 20-15 loss to Arizona as five-point home favorites followed by last week’s 36-7 win against the Los Angeles Chargers as slight one-point favorites on the road. The total went OVER against the Jaguars and the Chargers.

You probably will not see Drew Brees under center this Thursday with Tom Savage and Tayson Hill taking over the reins on offense. Savage completed 7-of-10 passing attempts in last week’s game for 99 yards. Hill show some good versatility with 66 yards passing and one touchdown throw while adding another 35 yards and a score on the ground.

Each of these teams are focused on another successful campaign in the regular season, but as far as this Thursday night, I have them combining for enough points to take the total OVER BetAnySports’ 34.5-point line