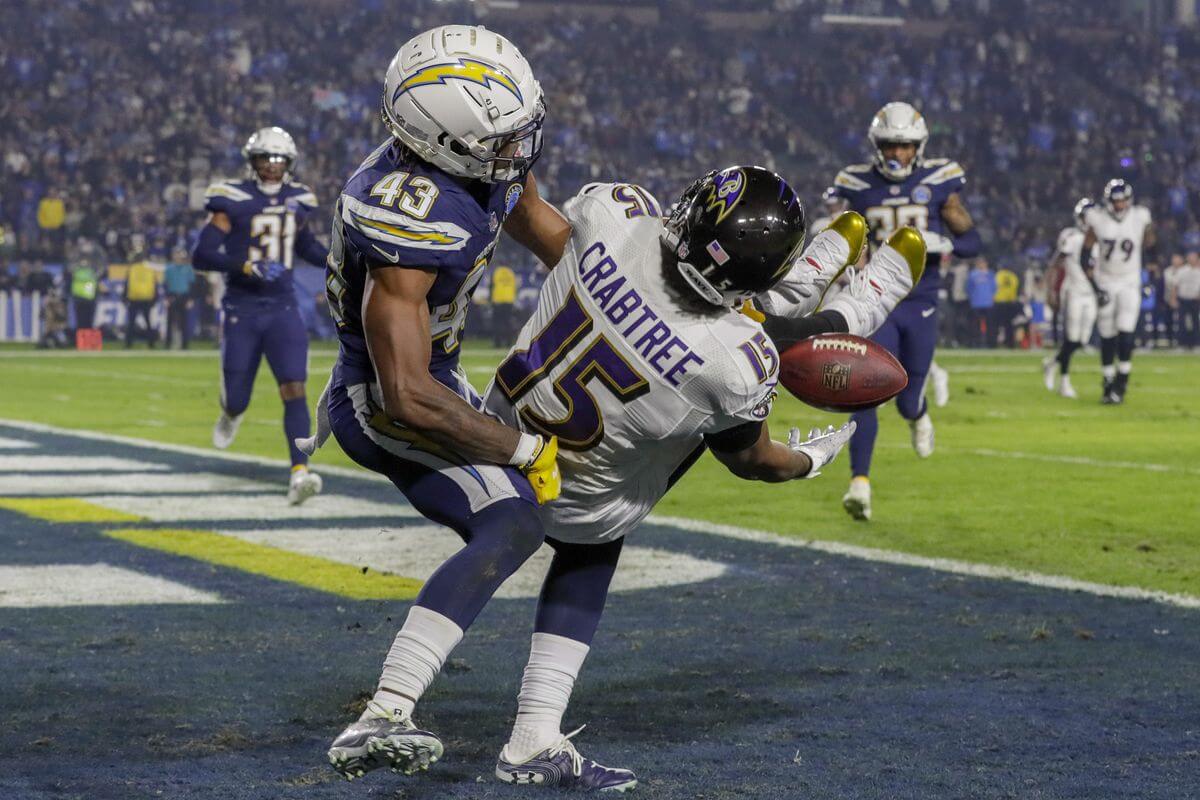 Sunday’s wild card playoff action gets underway at 1:05 p.m. on CBS with the 12-4 Los Angeles Chargers heading into M&T Bank Stadium to face the 10-6 Baltimore Ravens.

The Chargers hosted the Ravens in Week 16 of the regular season and ended up on the wrong end of a 22-10 loss as four-point home favorites. That loss cost them the AFC West title despite tying Kansas City for the best record in the AFC. It was also their only straight-up loss over their final six games. Los Angeles was 9-7 against the spread on BetAnySports’ closing line with a stellar 7-1 mark (SU and ATS) on the road.

Philip Rivers may not have ended the regular season on a high note, but he is still coming off one of his best performances of his career. He completed 68.3 percent of his 508 passing attempts for 4,308 yards and 32 touchdowns against 12 interceptions. Keenan Allen caught 97 of those completions for 1,196 yards and six scores. Behind this potent passing attack, the Chargers were able to average 26.8 points per game.

Baltimore’s late-season surge resulted in a SU 6-1 mark over its last seven games while going 4-3 ATS to carry the team to the AFC North Division title. The total stayed UNDER 42.5 points in that earlier win against the Chargers and it has stayed UNDER BetAnySports’ closing line in three of its last five games. Bettors should take note that the Ravens are 3-5 ATS at home this season and they have failed to cover in eight of 12 previous games closing as favorites.

Rookie Lamar Jackson earned his spot as Baltimore’s starting quarterback for the spark he provided over the second half of the season. He threw for 1,201 yards and six touchdowns while adding another 695 yards and five scores running the ball. The Ravens’ main strength remains a defense that is allowing an average of just 17.9 point per game. They held Los Angeles to 198 yards of total offense in that first meeting.

The Chargers could actually benefit from the first loss to Baltimore at home. Look for a much better effort from Rivers this time around to help lead Los Angeles to a SU win on the road.