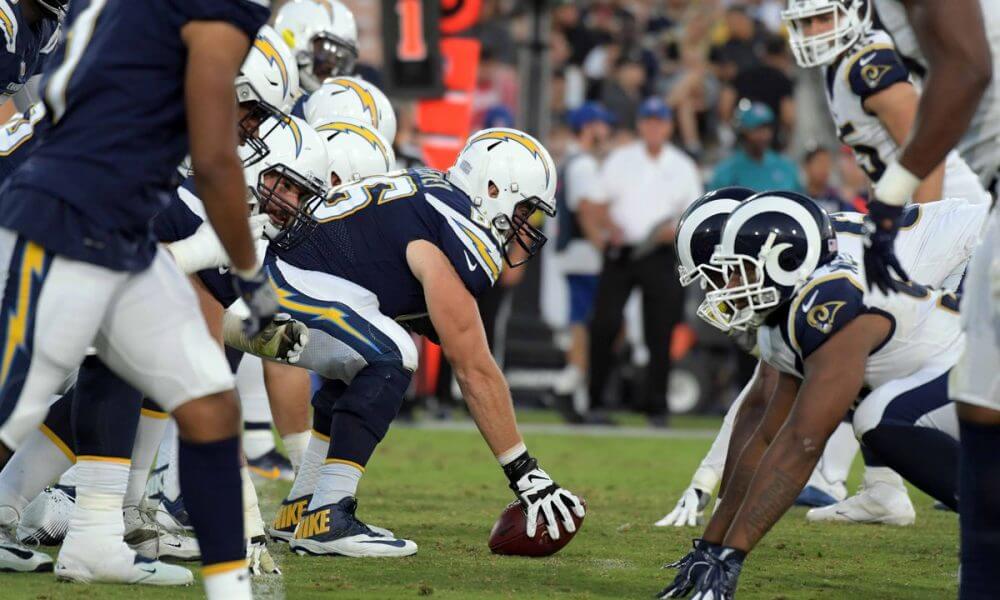 Bragging rights are on the line in the City of Angels this Sunday afternoon when the Los Angeles Chargers and the Los Angeles Rams clash in a 4:05 p.m. start at Memorial Coliseum. CBS will carry the game nationally.

The Chargers moved to Los Angeles from San Diego last season and they posted a straight-up 9-7 record in 2017. This year, they are off to an even 1-1 start SU and against the spread after beating Buffalo 31-20 on Sunday as 7.5-point road favorites with BetAnySports. They opened the season at home with a 38-28 loss to Kansas City as three-point favorites. The total has gone OVER the closing line in each of those games.

Veteran quarterback Philip Rivers has already thrown for 680 yards and six touchdowns in his first two games. Keenan Allen has been his top target with 14 receptions for 175 yards and Austin Ekeler has led the ground game with 116 yards rushing on just 16 carries for an average of 7.3 yards per attempt.

The Rams have quickly established themselves as frontrunner to once again win the NFC West and this time around the conference championship with a 2-0 start both SU and ATS. In a pair of victories against Oakland on the road and Arizona at home, they have scored a total of 67 points, while only allowing a combined 13 points on the other side of the ball. The total stayed UNDER BetAnySports’ closing line in each of those contests.

Balance has been the key to the Rams’ offensive attack in their first two games. Jared Goff has put the ball up 65 times with 42 completions for 587 passing yards. He has tossed three touchdowns against one interception. Todd Gurley has picked up where he left off last season with 150 yards and three touchdowns on the ground on 39 rushing attempts. Brandin Cooks has made an immediate impact in the passing game with 12 catches for 246 yards.

There is some serious offensive firepower on either side of the field in this matchup, but the edge has to go to the Rams given their strong start on defense. With the half point on the current spread in the home team’s favorite, I will take the Rams SU and ATS.