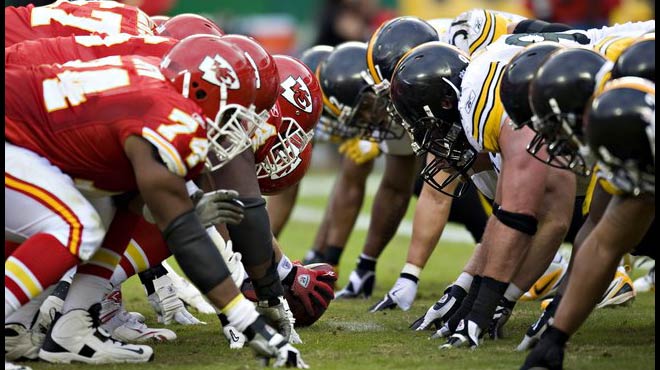 As part of NFL Networks’ triple-header of preseason Week 2 action this Saturday, the Kansas City Chiefs are on the road against the Pittsburgh Steelers in Game 2. Game time from Heinz Field is set for 7:30 p.m.

Kansas City is expected to be New England’s toughest competition for this season’s conference title in the AFC. The Chiefs lost to the Patriots in last season’s conference championship and they open this year’s preseason with a 38-17 victory against Cincinnati at home as 3.5-point favorites. The total went well OVER BetAnySports’ closing 38-point line in Saturday night’s win. Kansas City went an even 2-2 straight-up and against the spread last preseason.

Patrick Mahomes should get some additional playing time this Saturday coming off a league-MVP performance in 2018. The Chiefs’ chances to win this game may not be on his shoulders, but getting this team to Super Bowl LIV will. In one series of action against the Bengals, he went 4-for-4 while throwing for 66 yards and a touchdown.

Pittsburgh started this year’s preseason campaign with a 30-28 victory at home against Tampa Bay closing as a two-point favorite. That total also went way OVER the 37-point line. The Steelers unexpectedly missed the playoffs last season at 9-6-1 straight-up coming off a 3-1 record in the preseason. They also covered against in three of those four exhibition games with the total going OVER in three of the games as well.

The Steelers’ original big three is down to one with Ben Roethlisberger left as the starting quarterback. Antonio Brown is in Oakland with Ju Ju Smith-Shuster back as Big Ben’s top target in the passing game. Pittsburgh is now dealing with the loss of Darryl Drake, who passed away suddenly as the team’s wide receiver’s coach. Last season, James Connor was the Steelers’ leading rusher (973 yards) in the absence of Le’Veon Bell, who is now playing for the New York Jets. Connor remains out of the lineup due to injury.

I am going with the Chiefs SU and ATS on Saturday night as the better all-around team. A parlay with the OVER would be a value play.