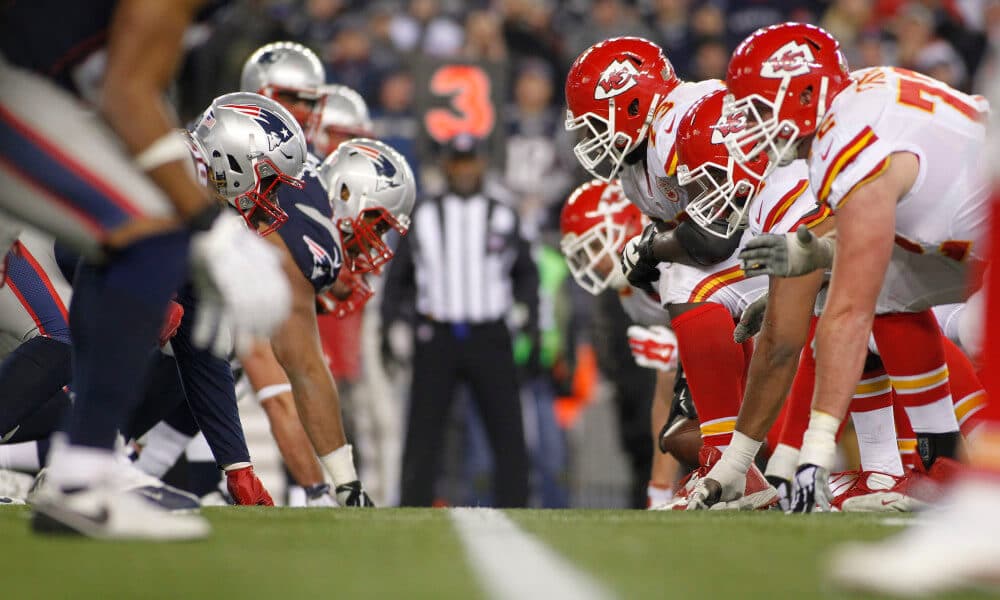 The NFL saved the best for last when it comes to this Sunday’s slate with the undefeated Kansas City Chiefs going on the road as underdogs to face the 3-2 New England Patriots. Game time at Gillette Stadium is set for 8:20 p.m. on NBC.

The Chiefs have been the favored son of the betting public this season at 5-0 both straight-up and against the spread. The total has stayed UNDER in their last two games after going OVER in their first three contests this season. In what was supposed to be a big showdown against Jacksonville this past Sunday, the Chiefs rolled to a 30-14 victory as three-point hone favorites.

This will be the third game this year where BetAnySports has Kansas City listed as an underdog. It already beat the Los Angeles Chargers and the Pittsburgh Steelers on the road in those first two games. Second year quarterback Patrick Mahomes is already getting the nod as this season’s league MVP with 1,513 yards passing and 14 touchdown throws as part of a Chiefs’ offense that is second in the NFL in scoring with an average of 35 points a game. The defense slips to 20th in the league in points allowed (25.8).

New England’s 1-2 start (SU and ATS) has become a non-issue with back-to-back routs against Miami and Indianapolis at home by a combined score of 76-31. The total went OVER 50 points on Sunday against the Colts after staying UNDER in three of the Patriots’ first four games. They are 9-2 ATS in their last 11 home games. Kansas City won last year’s meeting 42-27 as an eight-point road underdog in the Patriots’ season opener.

Following a bumpy start out of the gate, Tom Brady and the New England offense is firing on all cylinders right now. The return of Julian Edelman in last Sunday’s game following a league suspension provided an immediate boost to the passing game with seven receptions for 57 yards. Sony Michel is now the lead back in the running game and he gained 98 yards on 18 carries.

Kansas City is the top team in the AFC right now, but New England is a very tough out playing in Foxborough, especially in the prime time setting of Sunday Night Football. I will lay the points with the Patriots handing the Chiefs their first setback SU and ATS.