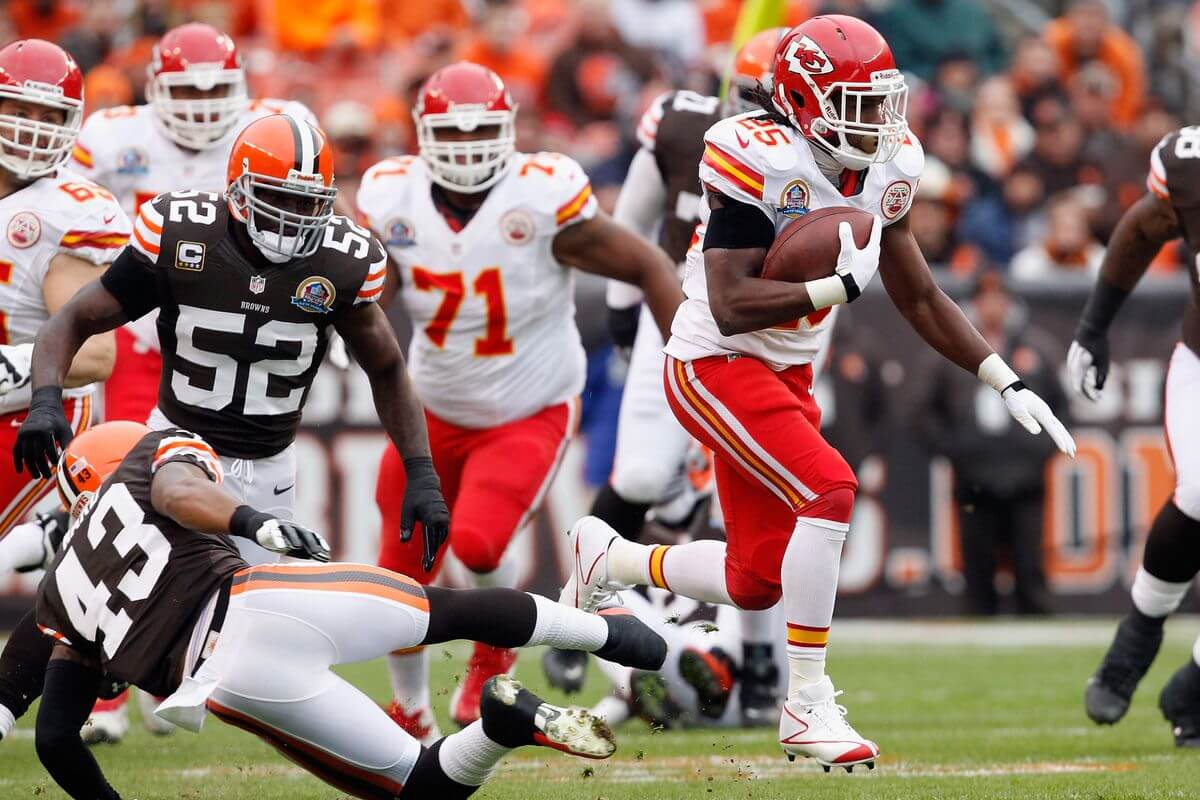 One of this Sunday’s early 1 p.m. games on CBS is an interesting AFC matchup between the 7-1 Kansas City Chiefs and the 2-5-1 Cleveland Browns. Kansas City is favored by eight points on the road and BetAnySports has set the total at 52 points.

The Chiefs continue to roll through their regular season schedule at 7-1 both straight-up and against the spread with the basic philosophy of scoring more points on offense than it gives up on the other side of the ball. The Chiefs failed to cover as nine-point home favorites against Denver in Sunday’s 30-23 victory. The total stayed UNDER 53.5 points in that game and it has stayed UNDER BetAnySports’ closing line in four of their last five games.

Patrick Mahomes remains on pace as a strong candidate to win league MVP honors with 2,526 passing yards and 26 touchdown throws in his first eight games. He completed 24-of-34 passing attempts in Sunday’s win for 303 yards and four touchdowns. Sammy Watkins was on the receiving end of eight of those completions including two of the passes for scores.

Cleveland continues to play every team it faces tough, but the end result is two SU wins in eight games. It has been able to cover in five of those first eight games with the total going OVER in three of its last five contests. It went OVER 47.5 points on BetAnySports’ closing line in Sunday’s 33-18 loss to division rival Pittsburgh as a 8.5-point road underdog. The Browns are 3-1 ATS in four previous home games this season with the total evenly split 2-2.

Rookie quarterback Baker Mayfield continues to be the big story in Cleveland despite his growing pains as the starter. He completed 22 of his 36 passing attempts in Sunday’s loss for 180 yards and two touchdowns against one interception. The Browns’ inability to consistently run the ball as put added pressure on the passing game. Overall, Cleveland is 24th in the NFL in scoring with 21.1 points per game and it remains 24th in average points allowed (26.3).

Kansas City should win this game by more than eight points given its huge edge on offense, but my “best bet” pick is the OVER with the Browns adding enough points to eclipse the current 52-point line.