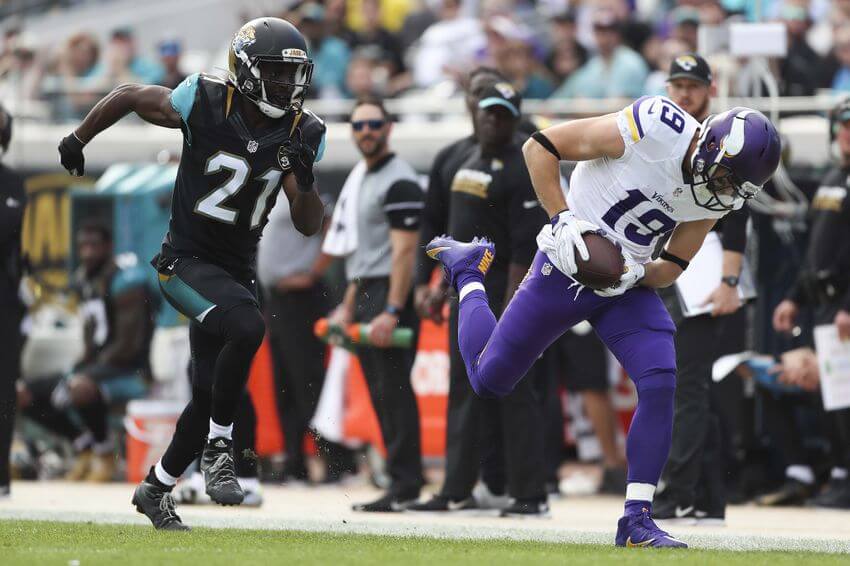 This Saturday’s four-game schedule of NFL preseason action on NFL Network gets underway at 1 p.m. with the Jacksonville Jaguars going on the road to face the Minnesota Vikings at US Bank Stadium.

The Jaguars stunned the betting world last season with a run all the way to the AFC title game highlighted by a road upset over Pittsburgh in the Divisional Round. With the bar raised even higher this season, they got things started on a losing note with last Thursday’s 24-20 setback against New Orleans as two-point home favorites in their first preseason game. The total went OVER BetAnySports’ closing 34.5-point line in that game.

Blake Bortles got the start at quarterback against the Saints and he looked sharp in a first-quarter scoring drive. He completed 6-of-9 passes for 53 yards and then capped the 79-yard drive with a two-yard bootleg for the score. A few of the other highlights from the box score in that game included Leonard Fournette’s 24 yards rushing on five attempts and Corey Grant’s three receptions for 39 yards on three targets.

Minnesota also made a surprise run to the NFC title game in 2017 coming off an 8-8 record the season before. The Vikings are penciled in as one of the top favorites to win the conference this time around on the NFL futures board at BetAnySports. They kicked off their preseason schedule with a 42-28 victory against Denver last Saturday as slight one-point road favorites. The total in that game easily went OVER the 36.5-point closing line.

The highly anticipated debut of Kirk Cousins as the new starting quarterback in Minnesota started on a strong note with the former Washington Redskin completing his first four passing attempts for 42 yards and a one-yard touchdown in limited action against Denver. Former Broncos’ signal-caller Trevor Siemian completed 11 of his 17 passing attempts for 165 yards and a pair of touchdown throws against one interception. Latavius Murray led the way on the ground with 43 yards rushing on just four carries.

This should be an entertaining game for most of the first half with each team’s starters getting some extended playing time. Each team also showed the ability to put points on the board when their starters returned to the bench, so I am going with the OVER 40 points as my top bet.