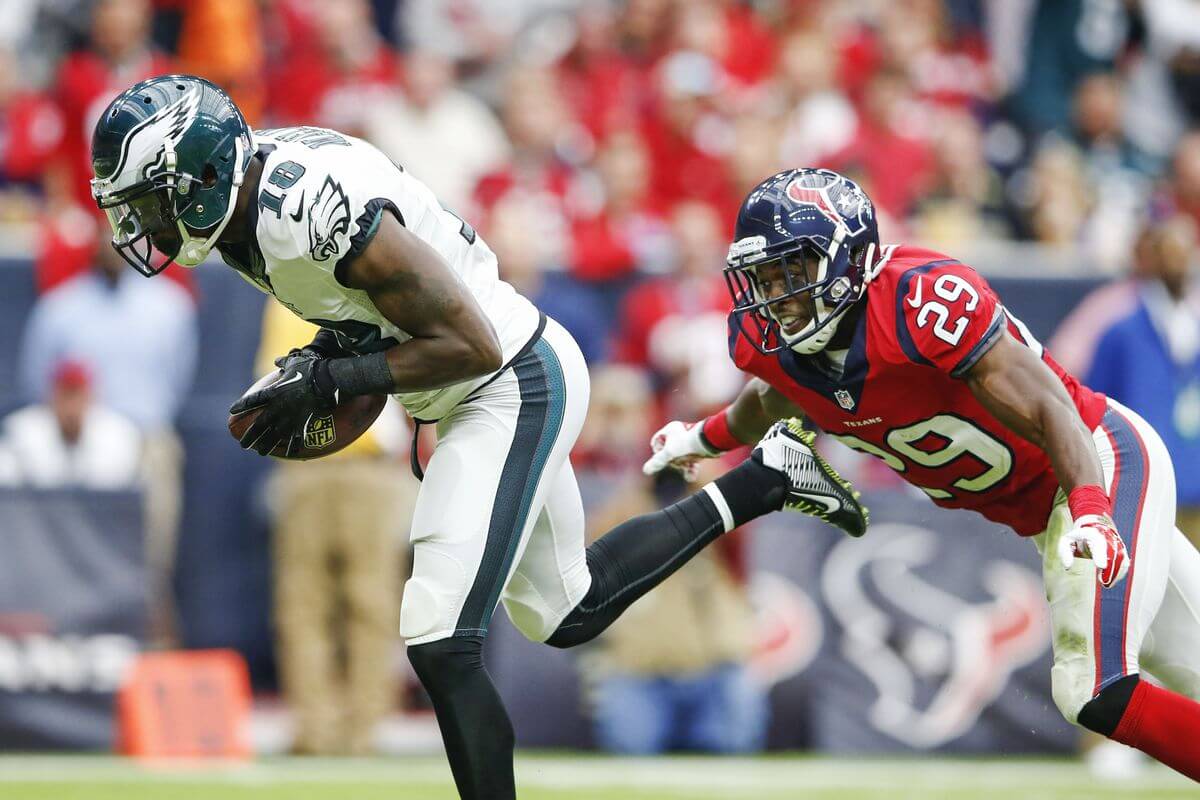 The Houston Texans go on the road this Sunday to face the Philadelphia Eagles in an inter-conference clash at Lincoln Financial Field. Game time on CBS is set for 1 p.m.

Houston has yet to clinch the AFC South at 10-4 straight-up, but it is still in position to earn a first-round bye in the conference playoffs if it can win its final two games. The Texans had to settle for a PUSH in Sunday’s 29-22 victory on the road against the New York Jets as part of an overall record of 6-7-1 against the spread. They are an even 3-3-1 ATS on the road this season and the total has gone OVER BetAnySports’ closing line in three of their last four road games.

Deshaun Watson had a productive day throwing the ball against the Jets by completing 22-of-28 passes for 294 yards with a pair of touchdown throws. He completed 10 passes to DeAndre Hopkins for 170 yards and both touchdowns. This combination is set up to have another big day against a banged up Eagles defensive secondary

Philadelphia kept its slim playoff hopes alive with Sunday night’s stunning 30-23 road upset against the Los Angeles Rams as a heavy 13.5-point underdog. The Eagles improved to an even 7-7 SU with a 5-9 record ATS. BetAnySports’ closing total line in that game ended as a PUSH after staying UNDER in five of their previous seven contests. Philly is 2-5 ATS in its first seven home games this season.

Nick Foles was the architect of last year’s improbable Super Bowl run in place of an injured Carson Wentz and he was back under center against the Rams on Sunday night. With Wentz out of the lineup due to a sore back, he threw for 270 yards while completing 24 of his 31 passing attempts. Most of the credit for the win should go to a swarming defense that created three turnovers in that game.

Both teams need a win when it comes to their postseason plans, but right now the Eagles need it more. Take Philly at home SU and ATS.