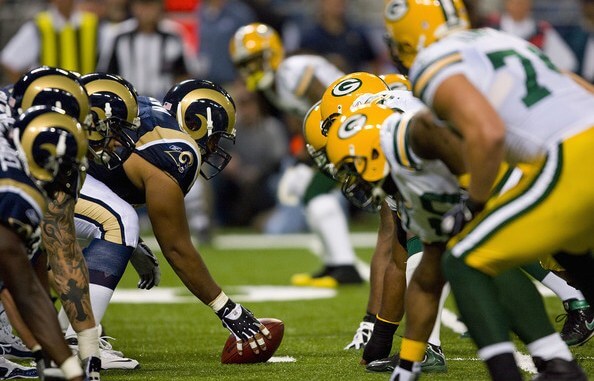 The Green Bay Packers come off their bye week to face a major test on the road this Sunday against the undefeated Los Angeles Rams. Game time from Memorial Coliseum for this big NFC clash is set for 4:25 p.m. on FOX.

It has been a mixed bag for the Packers through their first six games at 3-2-1 straight-up with a 2-4 record against the spread. They went into last week’s bye with a tight 33-30 victory against San Francisco as nine-point home favorites. The total went well OVER BetAnySports’ 46.5-point closing line in that game  and it has gone OVER in five of Green Bay’s first six outings.

The Packers are hoping that the week off will be beneficial to veteran quarterback Aaron Rodgers’ injured knee which has had an impact on his mobility. He has thrown for 1,997 yards and 12 touchdowns this season with Davante Adams coming down with 47 receptions for 557 yards and six of those scoring throws. Green Bay is ranked fourth in the NFL in passing yards per game, but it falls to 20th when it comes to running the ball.

Los Angeles was able to extend its SU winning streak to seven games with Sunday’s 39-10 romp over the NFC West rival 49ers to cover as a nine-point favorite on the road with BetAnySports. This was the first time the Rams did cover in their last four games as part of a 4-2-1 record ATS. The total stayed UNDER 52 points in that latest win and it has stayed UNDER in four of their first seven games.

With an offense that is third in the league in scoring (33.6 points) complementing a defense that is fourth in points allowed (18.3), it is easy to see why the Rams have established themselves as the team to beat in the NFC this season. Jared Goff has thrown for 2,130 yards and 14 touchdowns in his first seven games and Todd Gurley II has added another 686 rushing yards to the mix with 11 scores on 144 carries.

Green Bay getting nine points on the road is a tempting offer, but its lack of consistency from one week to the next drains quite a bit of value in that inflated spread. I do see both teams putting enough points on the board to take the total OVER in this game.