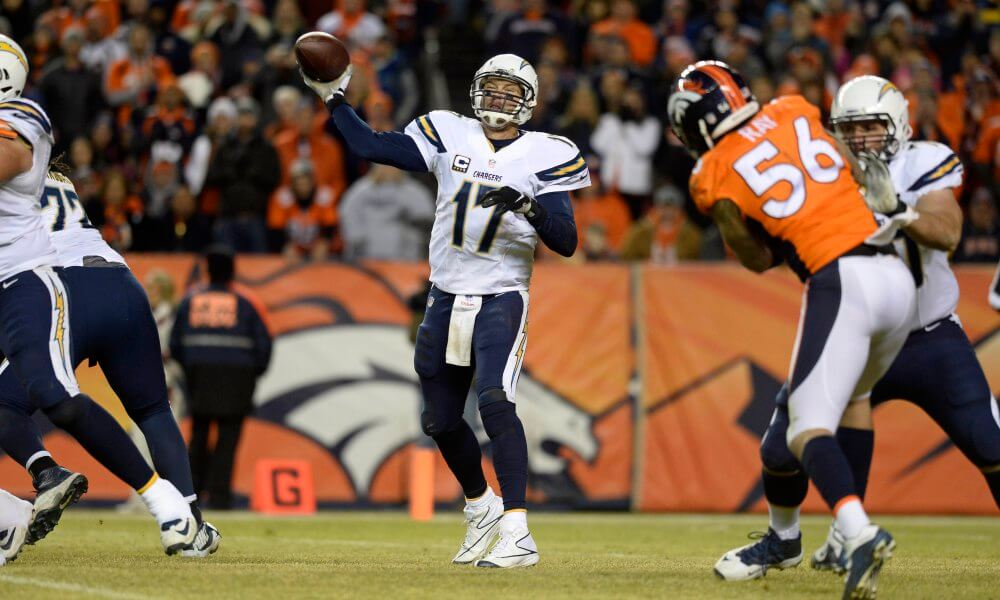 In a late 4:05 p.m. start this Sunday on CBS, the Denver Broncos go on the road to face the Los Angeles Chargers in a AFC West clash at Stub Hub Center.

Denver went into last week’s bye at 3-6 straight-up and 3-5-1 against the spread following a 19-17 loss to Houston as a slight one-point home favorite at BetAnySports. The total stayed UNDER 46.5 points in that game and it has stayed UNDER in three of its last four contests. The Broncos have gone 1-3 SU on the road this season with a 2-2 record ATS. The total has gone OVER in two of their last three road games.

The Broncos put up 45 points in a road win against Arizona on Oct. 18, but for the most part, the offense under the guidance of Case Keenum at quarterback has struggled to put points on the board this season with an average of 22.8 a game. Emmanuel Sanders remains his top target in the passing games with 707 receiving yards and three scores on 56 receptions. Denver is ranked ninth in the league in rushing yards behind Philip Lindsay’s 591 yards

Los Angeles continues to keep pace with 9-1 Kansas City in the division title race at 7-2 SU. It has won its last six games with Sunday’s 20-6 victory over Oakland as a 10-point road favorite. The Chargers have covered BetAnySports’ closing line in four of their last five games as part of an overall record of 5-4 ATS. The total has stayed UNDER in four of their last five games.

The Chargers have quickly turned into one of the most balanced teams in the NFL. They are ranked 10th in scoring with an average of 26.7 points per game and their defense moves to eighth in points allowed (20.7). Behind veteran quarterback Philip Rivers throwing the ball Keenan Allen and Melvin Gordan racking up yards on the ground, Los Angeles is gaining a total of 392.1 yards per game.

This game is another case of riding a hot team both on the field and at the betting window. Even with Denver coming off a bye, it is not going to be able to keep things closer than the current touchdown spread.