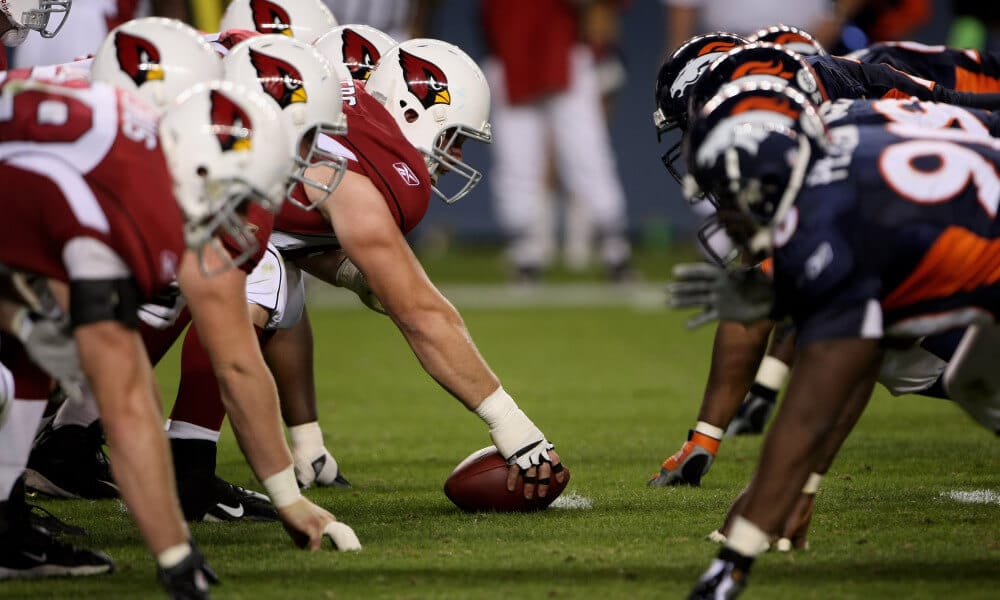 Thursday Night Football heads to Glendale in Week 7 for an inter-conference matchup between the Denver Broncos and the Arizona Cardinals. Game time on NFL Network from State Farm Stadium is set for 8:20 p.m.

Following back-to-back straight-up victories against Seattle and Oakland at home, the Broncos have gone on to lose their next four games, including Sunday’s 23-20 setback against the Los Angeles Rams as seven-point home underdogs on BetAnySports’ closing line. They are 2-4 SU with a costly 1-4-1 record against the spread. The total has stayed UNDER in four of their last five games.

Denver had its chances to take down the undefeated Rams, but in the end, it simply ran out of time. Case Keenum completed 25 of his 41 passing attempts for 322 yards and two touchdowns, but the Broncos could do little on the ground with 60 rushing yards on 17 attempts. The bigger concern was a Denver defense that was gouged for 270 rushing yards, including the Rams’ Todd Gurley’s 208 yards and two scores on 28 carries.

Arizona started its season with four SU losses before upending San Francisco 28-18 in Week 5 as a three-point road underdog. It fell back into its losing ways on Sunday in a 27-17 loss to Minnesota as a 10-point underdog on the road. The total has gone OVER BetAnySports’ closing line in those last two games after staying UNDER in the Cardinals’ first four games of the year.

Rookie quarterback Josh Rosen has assumed the starting role in Arizona and he has thrown for 626 yards and two touchdowns while completing 55.6 percent of his 90 passing attempts. David Johnson is the team’s leading rusher with 297 yards and five touchdowns on 92 carries, but the Cardinals remain near the bottom of the league in both total offensive yards (220.5) and points scored (13.7)

Thursday’s matchup pits a pair of really bad teams against one another, but my lean is towards Denver both SU and ATS as the slightly better all-around option.