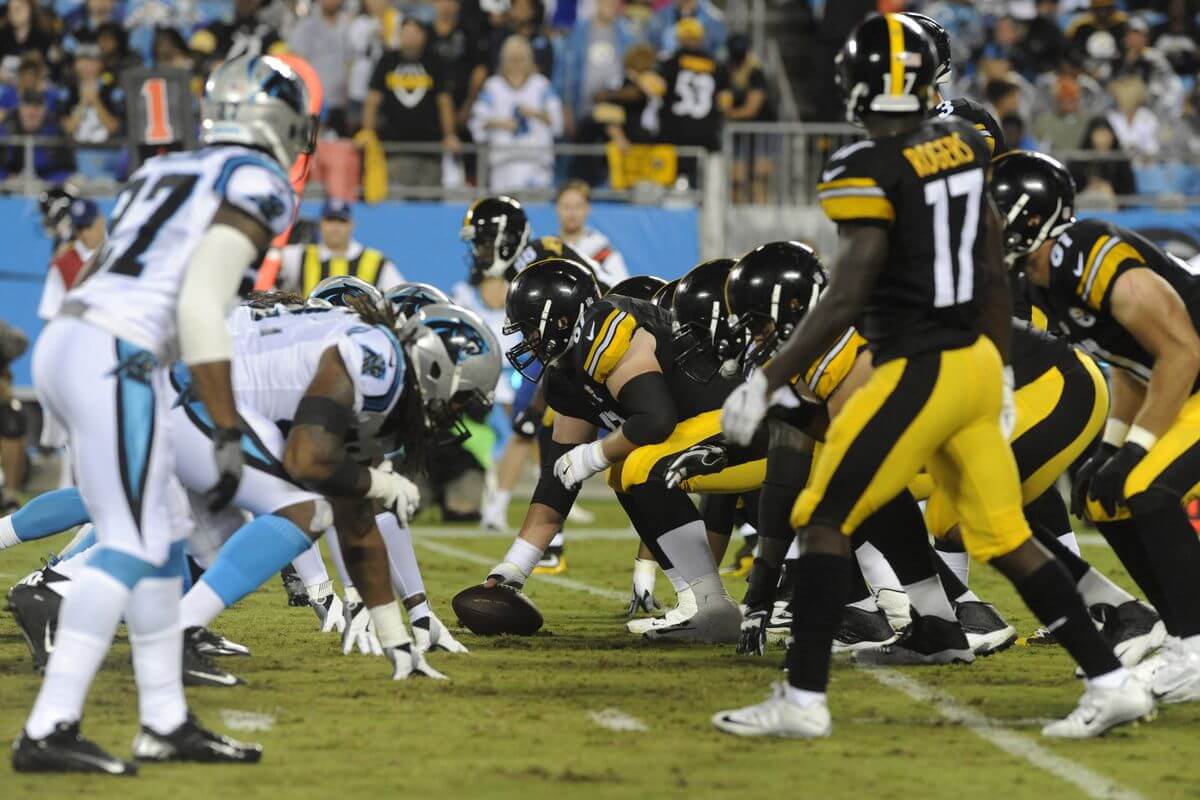 Thursday Night Football on NFL Network features an inter-conference clash between the 6-2 Carolina Panthers and the 5-2-1 Pittsburgh Steelers. Game time from Heinz Field is set for 8:20 p.m.

Carolina moved to 6-2 straight-up with a 5-3 record against the spread by beating NFC South rival Tampa Bay 42-28 on Sunday as a six-point home favorite. The total easily went OVER BetAnySports’ closing 55.5-point line. The Panthers have now won their last three games both SU and ATS with the total going OVER in their last two contests. They are 1-2 (SU and ATS) in three previous road games this year.

Can Newton’s versatility at quarterback both passing and running the ball has helped his team stay just one game back in the division title race behind the high-flying New Orleans Saints. While he has passed the ball for 1,893 yards and 15 touchdowns, Newton is far more dangerous with his legs as the team’s second leading rusher (342 yards) behind Christian McCaffrey. Carolina is ranked second in the NFL in rushing with an average of 143.9 yards per game.

The Steelers have opened up a half-game lead over Cincinnati in the AFC North with a four-game winning streak both SU and ATS that includes victories over all three division opponents. Sunday’s 23-16 road win against Baltimore as a slight 1.5-point underdog stayed UNDER 47 points and it has stayed UNDER BetAnySports’ closing line in three of Pittsburgh’s last five games. The Steelers are 2-2 ATS in four previous home games

While Antonio Brown remains Ben Roethlisberger’s favorite option in the passing game with 91 targets, JuJu Smith-Shuster is the team’s top receiver with 53 receptions for 672 yards and two touchdowns. Brown is still the top scoring threat with nine touchdown catches as part of his 51 receptions for 594 yards. James Conner has led the way on the ground with 706 rushing yards to go along with his 379 receiving yards on 38 catches from Big Ben.

Each of these teams have played extremely well in the first half the season. However, my lean for Thursday night is Pittsburgh covering the five points on its home field in this prime time inter-conference clash.