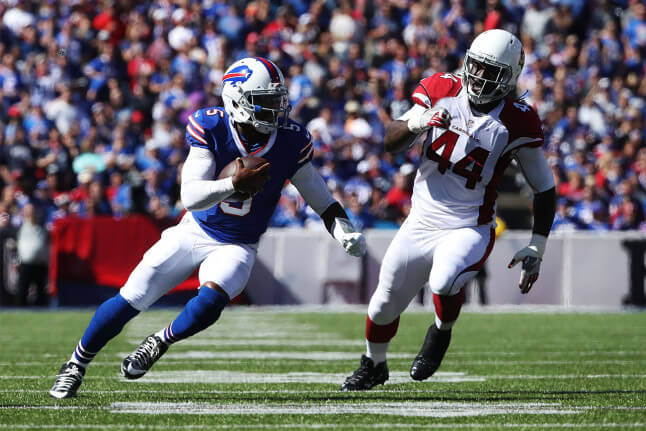 Friday night’s featured matchup in Week 2 of the NFL preseason on NFL Network is an AFC clash between the Buffalo Bills and the Cleveland Browns. Game time from FirstEnergy Stadium is set for 7:30 p.m.

The Bills’ 9-7 straight-up record in 2017 led the team’s first trip to the playoffs since the 1999 season. They did not make it past the Wild Card Round, but expectation levels are high for bigger and better things this season. Buffalo started this preseason with a 28-23 loss to Carolina at home as a three-point favorite on BetAnySports’ closing line. The total went OVER 35 points in that game. Heading into last season, the Bills went 1-3 in the preseason both straight-up and against the spread with the total staying UNDER in three of the four games.

Josh Allen was Buffalo’s top pick in this year’s draft with hopes that he can quickly assume the role of franchise quarterback. AJ McCarron and Nathan Peterman are also hoping to maintain a spot on the roster at that same position. Allen put the ball up 19 times in his NFL debut and he completed nine passes for 116 yards and one score. With LeSean McCoy on the bench, Marcus Murphy led the running game with 35 rushing yards and a touchdown on seven carries.

Cleveland has nowhere to go but up coming off a winless campaign in the 2017 regular season. However, its winning streak in the preseason reached five games (SU and ATS) dating back to last year with last Thursday’s 20-10 victory against the New York Giants as a one-point road favorite. The total has stayed UNDER BetAnySports’ closing line in all five of those exhibition games.

The Browns used the first overall pick in the 2018 draft to select former Oklahoma quarterback Baker Mayfield, who won last season’s Heisman Trophy in his final stint with the Sooners. Tyrod Taylor is expected to be Cleveland’s starter on opening day of the regular season, but Mayfield shined in the team’s preseason opener with 212 yards passing and two touchdown throws. The Browns still have some major issues to address in the running game with 50 yards rushing on 33 carries in that Week 1 win.

Hopefully, each of these promising rookie quarterbacks will get an extended chance to run the offense on Friday night. I like Cleveland SU at home, but I am still leaning towards the UNDER on the total line as my ‘best bet’ pick.