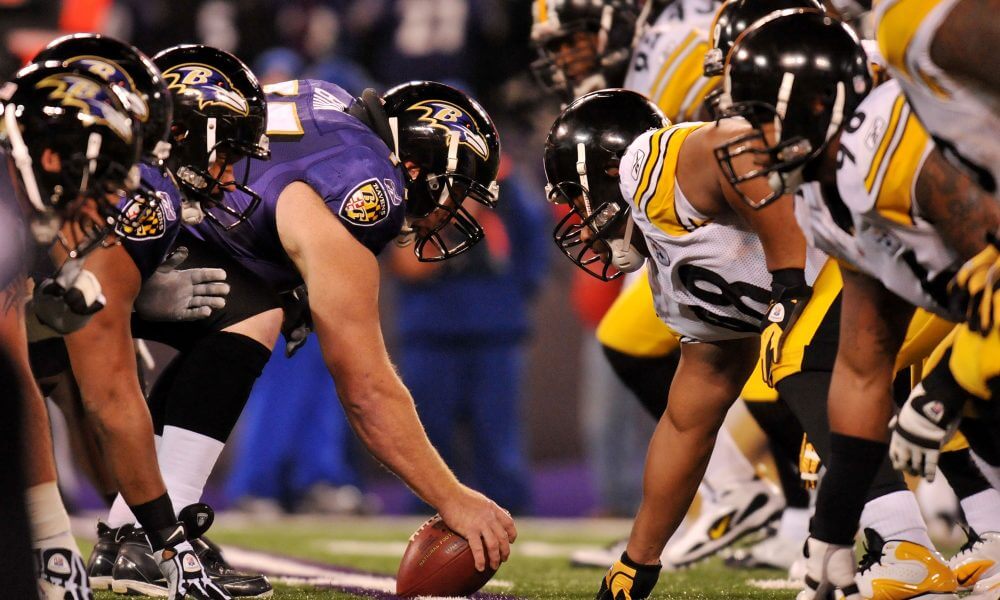 A big battle in the AFC North between the 2-1 Baltimore Ravens and the 1-1-1 Pittsburgh Steelers highlights Sunday Night Football on the Week 4 NFL slate. Game time from Heinz Field on NBC is set for 8:20 p.m.

Baltimore rolled over Buffalo 47-3 at home in Week 1 as a 7.5-point favorite, but it could not get past Cincinnati on the road as a one-point favorite the following week in a 34-23 loss. The Ravens bumped their record to 2-1 both straight-up and against the spread with last Sunday’s 27-14 win against Denver as 5.5-point home favorites. The total has gone OVER BetAnySports’ closing line in two of the three games.

Veteran quarterback Joe Flacco has managed the offense well an overall rating of 92.8. He has thrown for 889 yards in three games with six touchdown passes against two interceptions. John Brown has caught 12 balls for 222 yards  and two scores as his top receiver and Michael Crabtree has the most receptions on the team with 15 on 26 targets. Baltimore has struggled to effectively run the ball with an average of 86.7 rushing yards per game.

Pittsburgh has been a mixed bag in the early part of the season with off-field distractions and some questionable play on the field. After tying Cleveland as 3.5-point road favorites and losing the Kansas City by five points as four-point favorites at home, the Steelers finally got their first win of the year (SU and ATS) with Monday night’s 30-27 victory on the road against Tampa Bay as slight one-point underdogs. The total has gone OVER BetAnySports’ closing line in all three contests.

With 353 yards passing against Tampa Bay on Monday night, Pittsburgh quarterback Ben Roethlisberger has completed 92 of his first 139 passing attempts for 1,140 total yards and seven scoring throws. He has also been picked off four times and sacked eight times for a loss of 50 yards. Le’Veon Bell remains out of the lineup and James Conner has played well in his place with 213 rushing yards and three scores on 54 rushing attempts. Pittsburgh is ranked 28th in the league on defense when it comes to points allowed (90).

Baltimore needs to find away to win on the road and Pittsburgh needs to find a way to play its best ball for 60 minutes a game. I am taking the OVER in this one given just how many points the Steelers have scored and given up in their first three games.