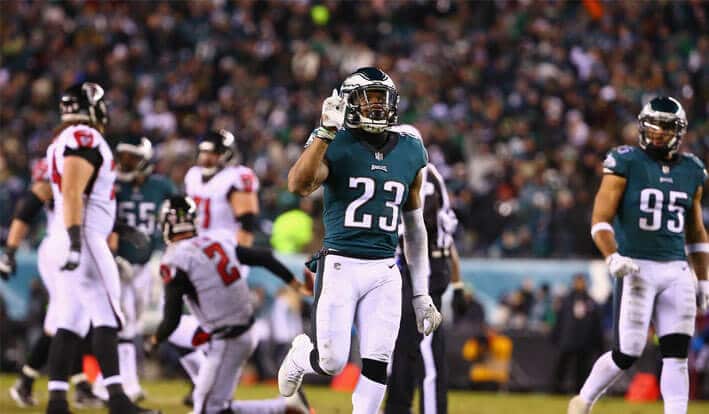 The 2018 NFL regular season kicks things off this Thursday night with the Atlanta Falcons going on the road to face the Philadelphia Eagles at Lincoln Financial Field. Game time is set for 8:20 p.m. (ET) and NBC will carry the game nationally.

The last time Atlanta played a game that meant something was last January in a tough 15-10 loss to Philadelphia in the Divisional Round of the playoffs as a 2.5-point road favorite. The total in that game stayed well UNDER BetAnySports’ closing 40.5-point line and it stayed UNDER in the Falcons’ final seven games last year. They went 6-4 against the spread over the last 10 games of the 2017 season.

After posting a very forgettable 0-4 record in the preseason (SU and ATS), Matt Ryan and the Falcons’ offense is ready to take flight in a game that will count in the standings. Atlanta’s offense features one of the best quarterback-wide receiver duos in the league with Ryan throwing the ball to Julio Jones. The addition of former Alabama wide receiver Calvin Ridley in the 2018 draft makes the pass-happy Falcons all the more dangerous through the air.

Philadelphia went on to wallop Minnesota 38-7 in the NFC title game as a three-point home underdog before upending New England 41-33 in Super Bowl LII as a 4.5-point underdog. The Eagles are not going to sneak up on anyone this season and a 1-3 run through the preseason both SU and ATS took some of the gleam away from last season’s impressive championship run.

Nick Foles took over the reins of Philadelphia’s offense in Week 14 of the 2017 regular season when Carson Wentz tore up his left knee. He went on to earn Super Bowl glory as the MVP of that game and, with Wentz still on the mend, he will get another chance to beat the Falcons on Thursday night. Even with Wentz under center, Philly is a run-first offense complemented by a very opportunistic defense that was ranked fourth in the NFL last season in takeaways.

The Falcons should provide a tough challenge for the defending Super Bowl Champs, but a punishing ground game and a shutdown defense will push the Eagles past the Falcons both SU and ATS this Thursday night.