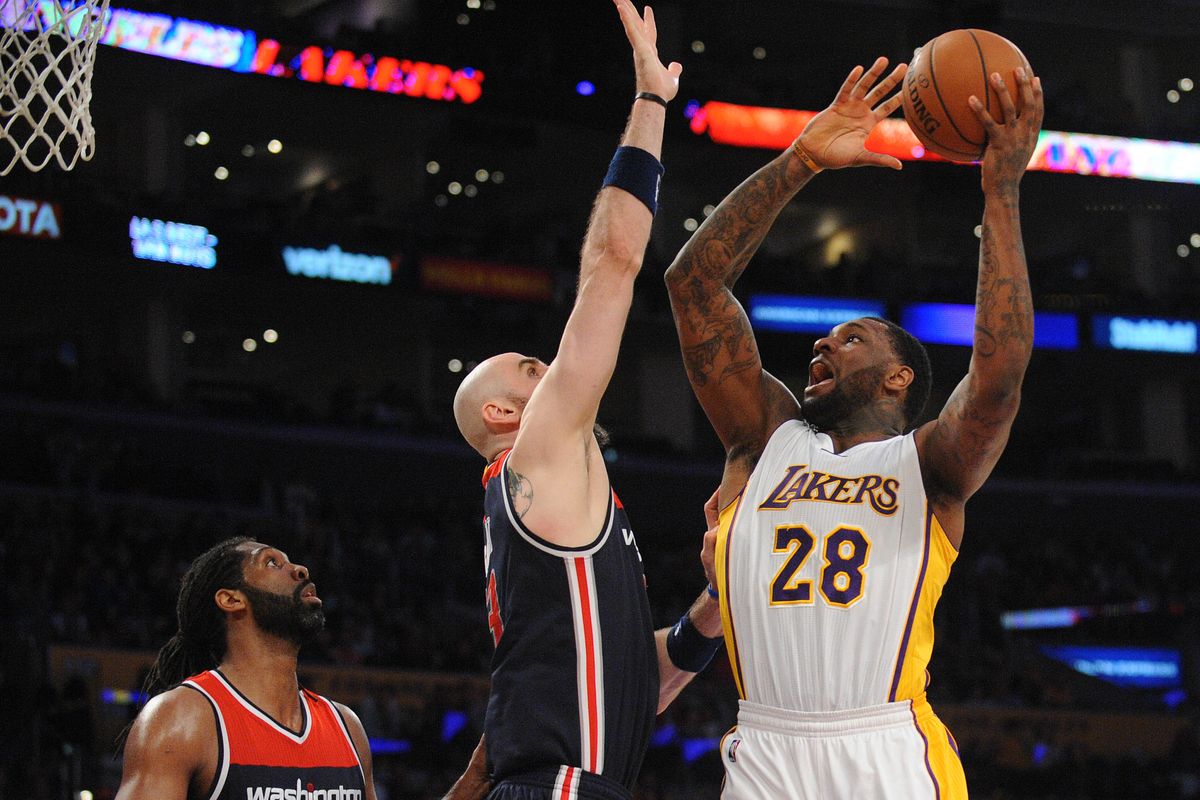 The Wizards knocked off Cleveland 127-115 this past Saturday as six-point road underdogs to post their third straight-up win in a row, but it was just the second time in their last eight outings that they covered BetAnySports closing spread. The total went OVER 224.5 points in Saturday’s win and it has gone OVER in 11 of Washington’s last 14 games. It is now 16-18 SU on the road this season with a 16-17-1 record ATS.

John Wall led all scorers in Saturday’s win with 37 points and Bradley Beal ended that game with 27 points while going 9-for-19 from the field. The Wizards shot an impressive 59.8 percent from the field against the Cavaliers while also outrebounding them 40-32. Washington is ranked fifth in the NBA in scoring this season with 109.2 points per game, but it falls to 21st when it comes to average points allowed (106.8).

Los Angeles continues to work its way towards a high lottery pick in the draft with just two SU victories in its last 17 games. It failed to cover as a seven-point home underdog against Portland on Sunday in a 97-81 loss. The total stayed UNDER BetAnySports closing 220-point line after going OVER in eight of the Lakers’ previous nine games. They are 13-23 SU on their home court with a 15-19-2 record ATS. The total has gone OVER in four of their last six games at home.

D’Angelo Russell was the Lakers’ leading scorer in Sunday’s loss with 22 points while connecting on eight of his 19 shots from the floor. With the departure of Lou Williams to Houston, Russell is the team’s leading scorer overall with 15.5 points per game. Los Angeles is 17th in the NBA in points with 104.6 a game and its 112.1 points-allowed average is ranked 28th. The Lakers have allowed 120 points or more in half of their last 10 games.

Washington remains in thick of things for the top spot in the Eastern Conference playoffs at 45-28 on the year and Tuesday night is a golden opportunity to rack up a relatively easy win against a Lakers’ team that is clearly riding out the string. Lay the nine points and take the Wizards both SU and ATS.