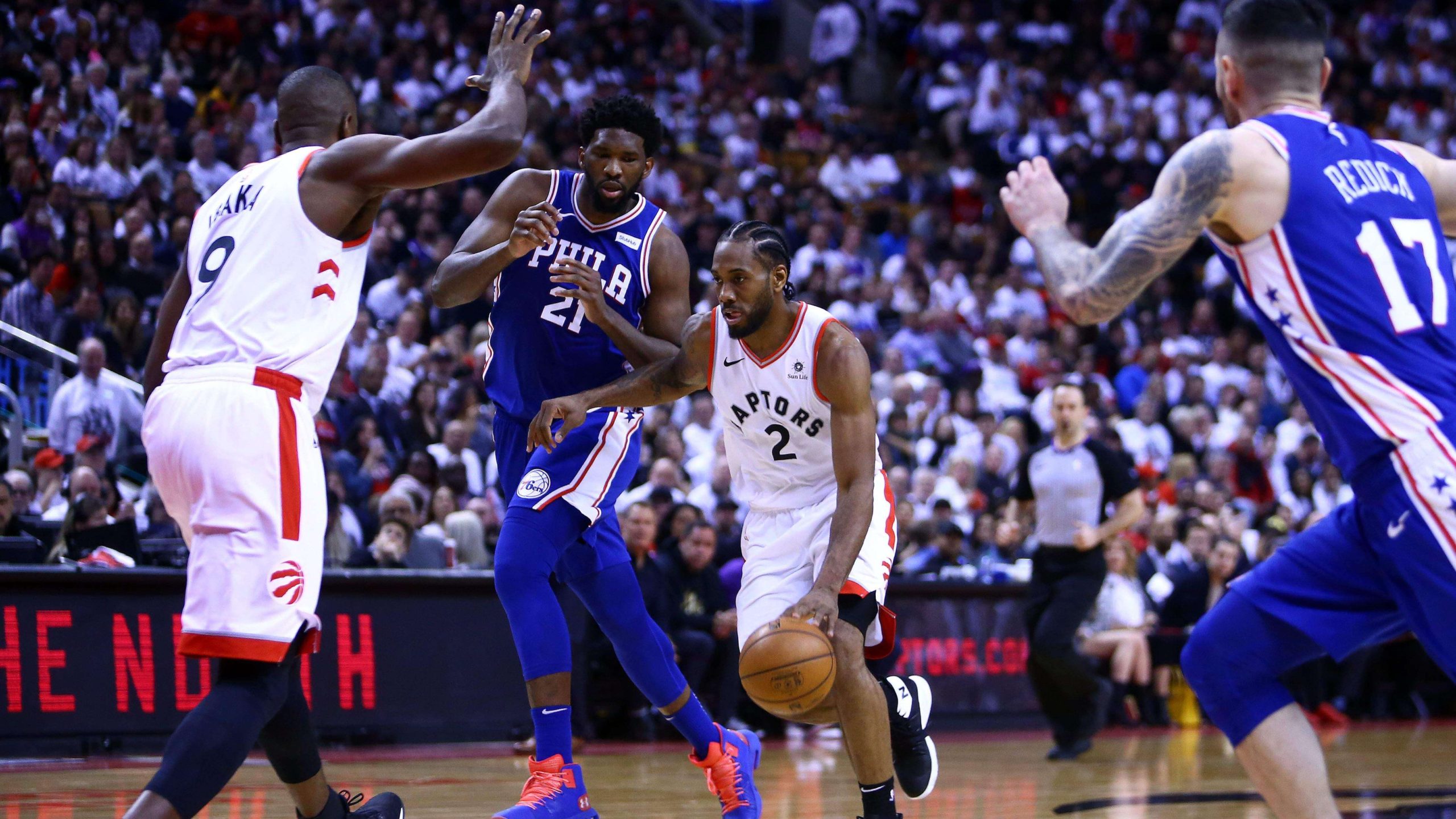 The best-of-seven conference semifinal matchup between the No. 2 Toronto Raptors and the No. 3 Philadelphia 76ers in the Eastern Conference moves to Game 6 this Thursday night in Philadelphia. Game time on ESPN is set for 8 p.m.

Toronto is one win away from advancing to the Eastern Conference Finals after crushing the 76ers 125-89 in Game 5 as a six-point home favorite. This win gives the Raptors the pivotal 3-2 series lead heading into Thursday’s game. The total went OVER BetAnySports’ 212.5-point line in Tuesday’s win after it had stayed UNDER in the first four games of this series. The Raptors are 3-1 straight-up in four previous road games in the playoffs with an even 2-2 mark against the spread.

After a tight first quarter in Game 5, Toronto pulled away in the second by a score of 37-17 and never looked back. All five starters finished the night in double figures with Kawhi Leonard scoring 21 points with 13 rebounds to post the double-double. The Raptors shot 48.8 percent from the field and 40 percent from three-point range on 40 attempts.

The Sixers will have to quickly regroup coming off their worst showing in the postseason. They are now 6-4 both SU and ATS in 10 playoff games. The total has stayed UNDER BetAnySports’ closing line in seven of those contests. Philadelphia was 31-10 SU at home during the regular season and it has won three of five home games in the playoffs both SU and ATS. The total has stayed UNDER in four of those five playoff games played at home.

Philly is going to need a big game from Joel Embiid to have any chance to force a Game 7 back in Toronto on Sunday night. He has been hampered by knee issues early in the playoffs and illness in this series to cut into his playing time. He was on the court for 31 minutes on Tuesday’s loss with 13 points and six rebounds. Jimmy Butler led the way with 22 points in the losing cause. The 76ers shot 41.8 percent from the field while connecting on just six of their 24 shots from three-point range.

I had this series going the full seven games from the start, so I will stick with Philadelphia to get the SU win at home in Game 6.