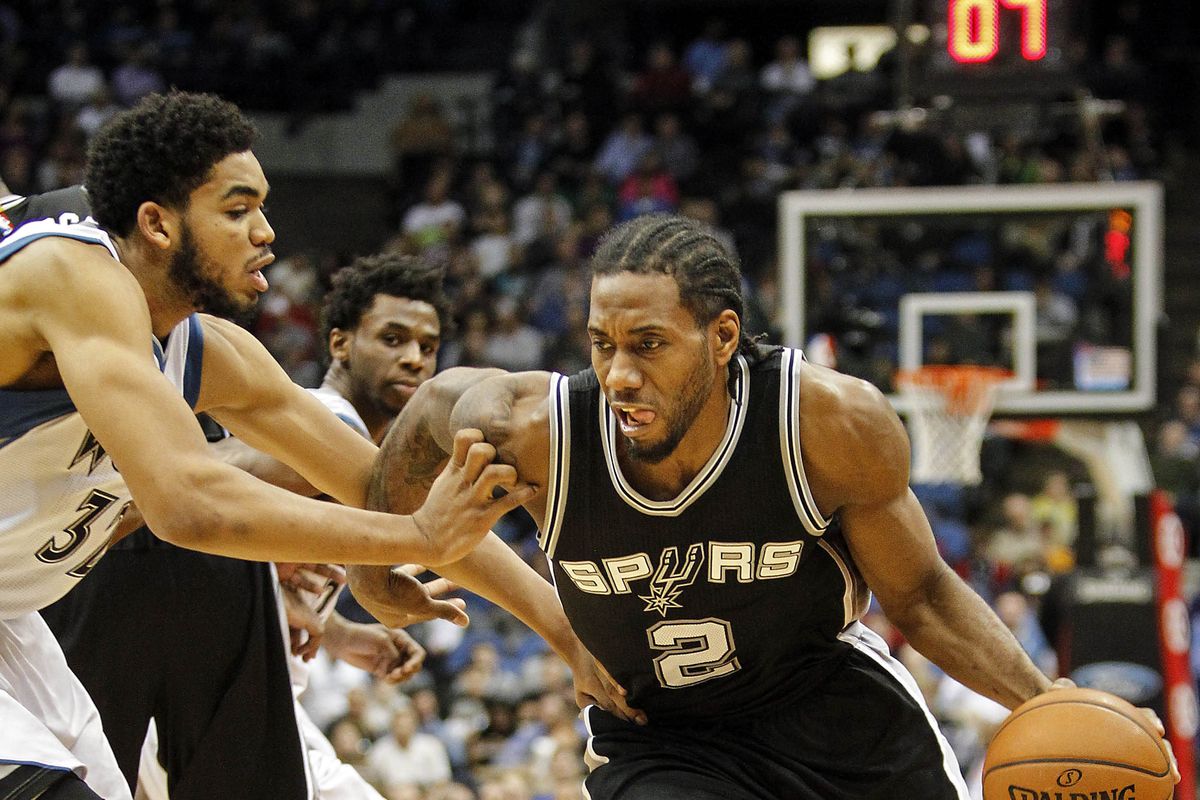 San Antonio snapped a rare two-game skid both straight-up and against the spread with Sunday’s 118-102 victory against Sacramento as a heavy 14.5-point home favorite. The total went OVER BetAnySports’ closing 202-point line in that game and it has gone OVER in six of its last its last eight outings. The Spurs head back on the road for Tuesday night’s contest with a SU record of 27-9, while going 19-16-1 ATS. This is part of an overall record of 53-16 (36-32-1 ATS) that has them just two games in back of Golden State for the top seed in the Western Conference.

Sunday’s win was a total team effort with seven different players scoring at least 10 points led by Pau Gasol’s 22 points off the bench. He also led the way in rebounds with nine as part of the Spurs’ 45 total boards in that game. San Antonio remains the 12th-highest scoring team in the NBA with 106.5 points per game and it is ranked second in points allowed (98.6).

One of the bright spots in Sunday’s loss was Karl-Anthony Towns’ game-high 33 points. Andrew Wiggins also had a big game with 25 points while going 10-for-19 from the field. Minnesota, as a team, shot 51.8 percent from the floor, but it had no answer for the Pelicans at the other end of the court. The Timberwolves are averaging 104.9 PPG, but they are also giving up an average of 105.5 points to opponents.

The Spurs need every win they can get to try and lock down that No. 1 seed in the Western Conference so I would expect a strong effort to try and get one on Tuesday night as road favorites with BetAnySports. That being said, I still think the “best bet” pick in this matchup is the OVER 205 points on the total line.