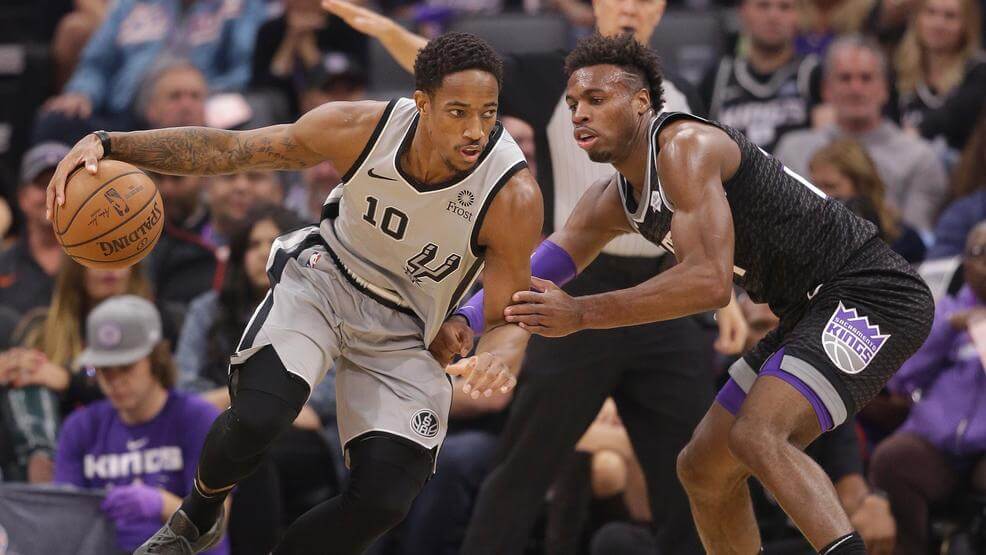 NBA TV’s late matchup on Monday night pits the San Antonio Spurs against the Sacramento Kings in a slated 10 p.m. tip from the Golden 1 Center.

The Spurs extended their current straight-up winning streak to five games with Saturday’s 113-108 victory at home against New Orleans. Four of the five wins were on their home court heading into the first game in an extended eight-game road trip. San Antonio failed to cover as a heavy 10.5-point favorite in Saturday’s win to fall to 0-3 against the spread in its last three outings. The total stayed UNDER 230 points in that game after going OVER in the Spurs’ previous five games.

LaMarcus Aldridge scored 25 points and pulled down 14 rebounds in Saturday’s win. DeMar DeRozan added 13 points and five assists to the winning cause. DeRozan leads the Spurs in scoring this season with 21.2 points per game while also dishing out a team-high 6.2 assists. San Antonio is averaging 112.6 PPG and allowing an average of 110.1 points on defense.

With a big 115-108 win at home against Philadelphia on Saturday as three-point underdogs, the Kings moved to 27-25 SU on the year with a 16-10 record on their home court. They have covered BetAnySports’ closing spread in their last seven home games as part of an 18-7-1 record ATS at home this season. The total has stayed UNDER or ended as a PUSH in 12 of their last 13 games overall.

Both teams come into this game hot, but my lean ATS is towards Sacramento playing at home. The Spurs are 10-15 SU on the road this season and that works against them Monday night.